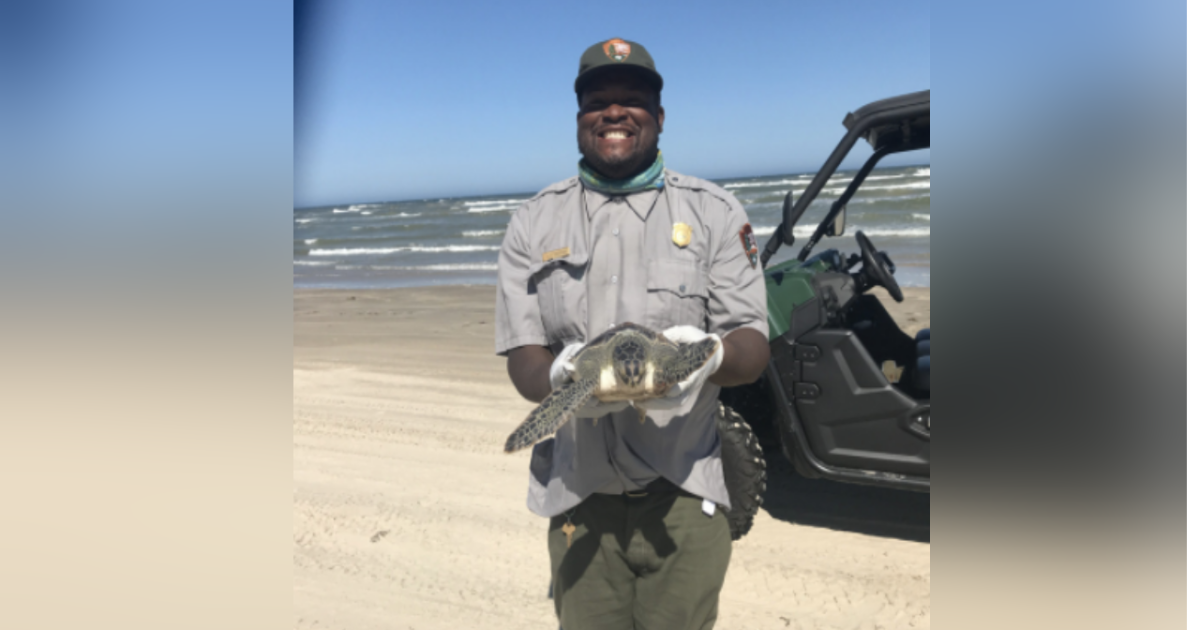 CORPUS CHRISTI, Texas — Alex Troutman is a wildlife biologist and the co-organizer of Black in Marine Science Week.

Troutman said the event began with Black birders week, which highlights Black birders. Black in Marine Science Week is meant to bring change and show people there are Black marine scientists in the field.

Troutman said he found the job working with sea turtles in Corpus Christi on USAjobs.gov.

“I had just finished my position with the Fish and Wildlife service,” he said.

The only experience Troutman said he had for his job was working with turtles as an educator at the Georgia Aquarium.

Troutman worked with the Division of Sea Turtle Science and Recovery at the Padre Island National Park Service from 2018 to 2019. The organization highlighted him for his accomplishments as a wildlife biologist in December 2020.

Troutman said his job includes looking for nesting sea turtles, rescuing them and finding out if they died from natural causes or human actions.

“Due to illegal fishing, time in the gulf or if they had other human things like plastic other debris, so we do autopsies on them to see the reason for their death,” said Troutman.

Coworkers said Troutman is a team player and leader.

“Seeing him with the national park services uniform was really special in seeing the green and gray and really brought attention to this program,” said Cynthia Rubio, a supervisory biologist.

“I knew this guy was going to go places, he was just one of the types of people that leaves an impression with you,” said Dr. Donna Shaver, chief of division sea turtle science and recovery at Padre Island National Seashore.

Troutman said one of his goals is to create a non-profit organization specializing in bridging the gap to the natural resource field for Black and brown people, other kids and future scientists.

He said the organization will teach them about all types of jobs in the field and even if you aren’t making six figures, you can still make a big impact.

“But also I wanted that organization to contribute to the representation that is missing in the scientific field,” Troutman said, concerning other Black marine scientists chasing their dreams.

“Tough times don’t last always, you know so just stay on course, eventually the seas will smooth themselves out,” he said.

Troutman is working towards a master’s degree in conservation biology.

For more information about Alex Troutman and his upcoming work you can visit his website here.