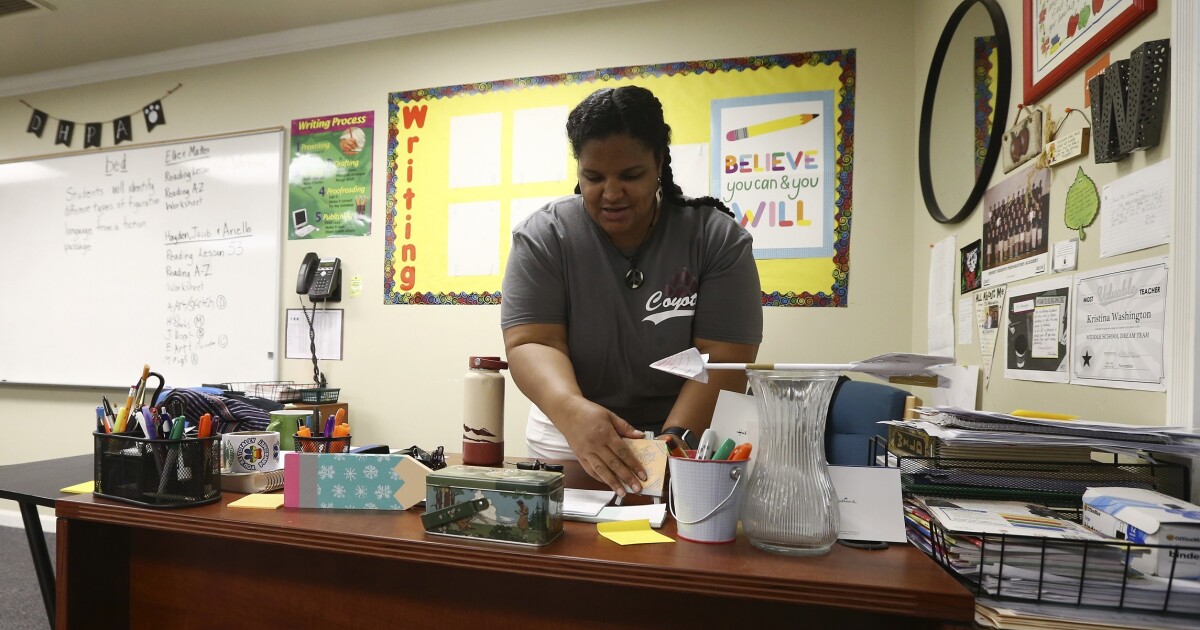 Washington state lawmakers are looking to pass several bills intended to ease the challenges placed upon the state’s more than one million K-12 students by the pandemic.

Lawmakers are concerned about the prospect of mass learning loss stemming from lost time adjusting to online learning, home distractions, and technical difficulties.

“There’s learning loss that’s going to impact students in our K-12 system all through their K-12 experience, in my opinion,” Hawkins said. “But there’s also annual summer loss that occurs even pre-pandemic and all the reteaching that occurs every September.”

Theories concerning summer learning loss stems from a commonly cited 1996 study, which tracked student performance before and after summer break as far back as the 1970s. More recent findings on the subject are inconsistent, especially regarding which students are hurt most. A 2011 study of K-2 students found learning loss widen over the summer in some subjects and grades, but not others.

Touching on that concern is Senate Bill 5265, which would create a “bridge year” for the graduating high school classes of 2021 and 2022 to make up for failing grades earned during the pandemic.

High schoolers would get the chance to replace any D or F grade with any higher grade earned in their bridge year as well as participate in extracurriculars like athletics while paying all relevant fees. The program would apply to high schoolers 19 and younger—or those turning 20 on a bridge year—taking between 9 and 12 quarter credits per year. Washington high schoolers must complete 24 credits to graduate under state law.

The bill is inspired by legislation passed in New Jersey early last year, according to Washington Sen. Sam Hunt, D-Olympia, who said students need a second chance at making the most of high school.

“I thought it would be a good idea for Washington state to do a similar bill to provide for a meaningful and fulfilling high school experience so that they don’t feel, ‘Well, because of the pandemic, I didn’t get to do this, or I didn’t get to do that,” Hunt said. “One of the questions we’re dealing with is we don’t want to create a bunch of college students still playing high school sports or high school debate. How we divide that line is something we’re still working on.”

For the past 10 months, Washington school districts have operated more or less online since Gov. Jay Inslee shuttered classrooms in response to the COVID-19 pandemic. In recent months, the governor has let districts plan around recommendations he has gradually relaxed as school boards have barreled ahead with reopening.

In September, about 94% of Washington students were learning online before the state’s vaccine rollout, according to the Washington Office of Superintendent of Public Instruction (OSPI).

By January 18, about 22% of its K-12 students were learning in-person full or part time after a wave of school districts from Mercer Island to Bellevue voted to reopen classrooms this month.

That’s on the hope teachers will be approved for priority vaccinations which are not approved for children or known to curb transmission.

A bill introduced by Washington Rep. Vicki Kraft, R-Vancouver, this month would help parents still on edge about school safety pay for their choice of classroom.

House Bill 1215 would see parents pocket up to $7,000 per student each school year to cover the costs of attending a private or homeschool, paid for by the state’s education legacy trust account. The bill builds in part on protests by parent groups over a comprehensive sex education bill which Washington voters ultimately approved last fall, but Kraft said the idea has more to do with expanding options for parents in 2021.

“We are clearly looking at a situation where the public education system is not working,” Kraft said. “So I think we all need to just recognize that and realize that if by chance there are more emergencies in the future, God forbid, that if it happens, we need to have real options and real solutions for students, instead of letting them lag behind in just one public education.”

According to the education website Private School Review, the average annual cost of a Washington private school was $11,300 in 2021.

Kraft, who voted on Wednesday to let high schools waive more than two elective credits under state of emergencies, said she cast her vote with students in mind, not for a public school system she sees as unprepared for disasters.

“I don’t want to see the students fail as a result of arguably, maybe a failure in leadership, in my opinion, at the state level,” Kraft said.

In December, Washington Superintendent of Public Instruction Chris Reykdal seemed to share his own qualms with the state’s online learning system.

A King 5-Survey USA poll of 675 parents from July found just 10% of them supported fully in-person while 29% preferred a hybrid model. Another 35% supported online learning only.

Others worry about the emotional toll online learning could have on students still enduring a global pandemic.

The CDC reports that in 2020, hospitals saw a 24% increase in emergency room mental health visits for children ages 5 to 11.

Washington students will see their last day of classes for the 2020-2021 school year the first and second weeks of June.