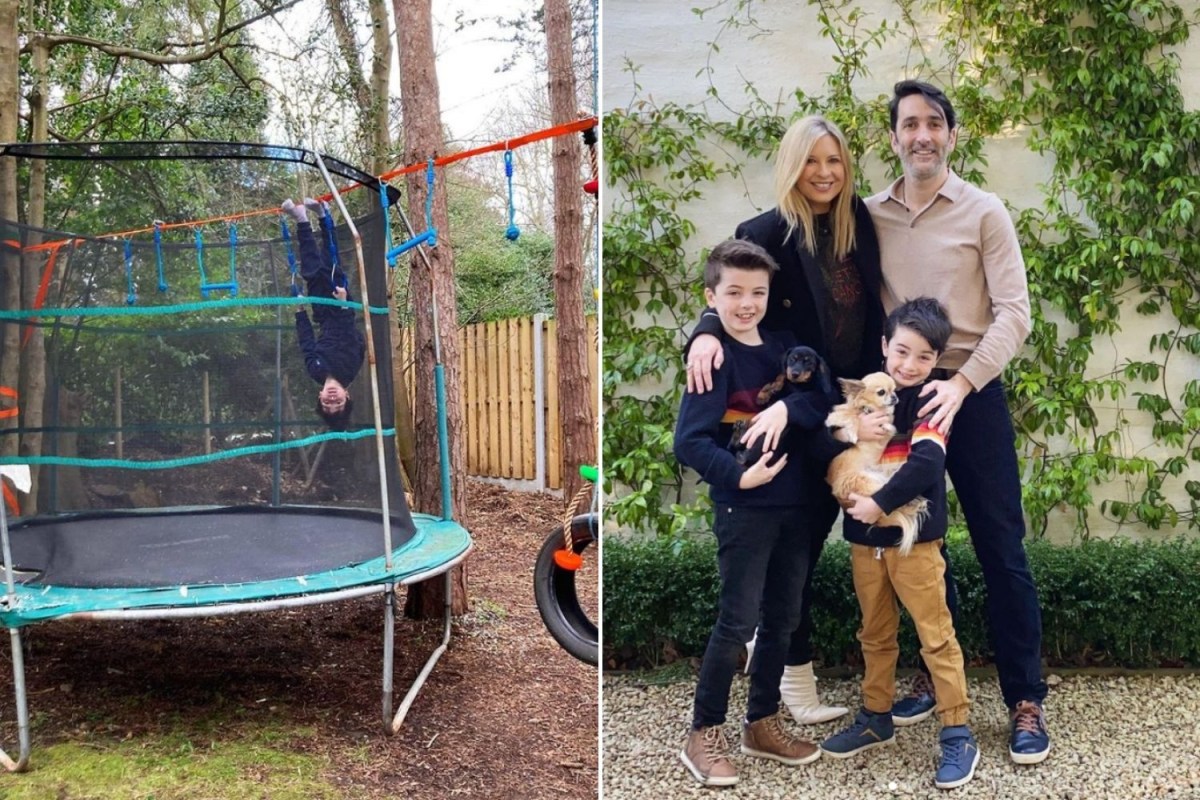 VIRGIN Media star Laura Woods has jokingly said that “homeschooling is going swimmingly” as her son wanted to work from their garden. The Ireland AM star took to her Instagram today to share a hilarious snap of her son as she gave an update on how she is finding homeschooling her kids. 3 Laura said […]

VIRGIN Media star Laura Woods has jokingly said that “homeschooling is going swimmingly” as her son wanted to work from their garden.

The Ireland AM star took to her Instagram today to share a hilarious snap of her son as she gave an update on how she is finding homeschooling her kids.

In the picture her son is hanging upside down on some monkey bars above their trampoline in their back yard.

In the post Laura explained that her son asked his mum to work from their garden and he would shout the answers to his teacher from the trampoline.

“He has a zoom class in about 5 minutes and asked me to bring the laptop outside so he could shout his answers from the garden.”

Her follower Ruth commented saying: “Looks like much more fun.”

Allison said: “That looks so fun.”

Irene wrote: “They have the right idea!”

While another follower also commented saying: “My 7 year old asked can she do her homework while playing Minecraft.”

Laura’s fans recently said that she is “so funny” after she shared a hilarious video of her puppet show using her dogs.

In the video, she and her son are crouching below the kitchen isle and they are holding their dogs up so that’s all people can see.

Herself and her son are speaking Irish in the video and she said in the post that she is “raging” that she didn’t move the wine bottles out of the background for the video.

The full post from the Virgin Media presenter said: “Had to create a puppet show as gaeilge this morning for #homeschool (decided to use the dogs instead of toys) and I’m more raging I forgot to move the wine bottle than my dodgy Irish.

“At least the rest of the empties are out of sight #brightside.”