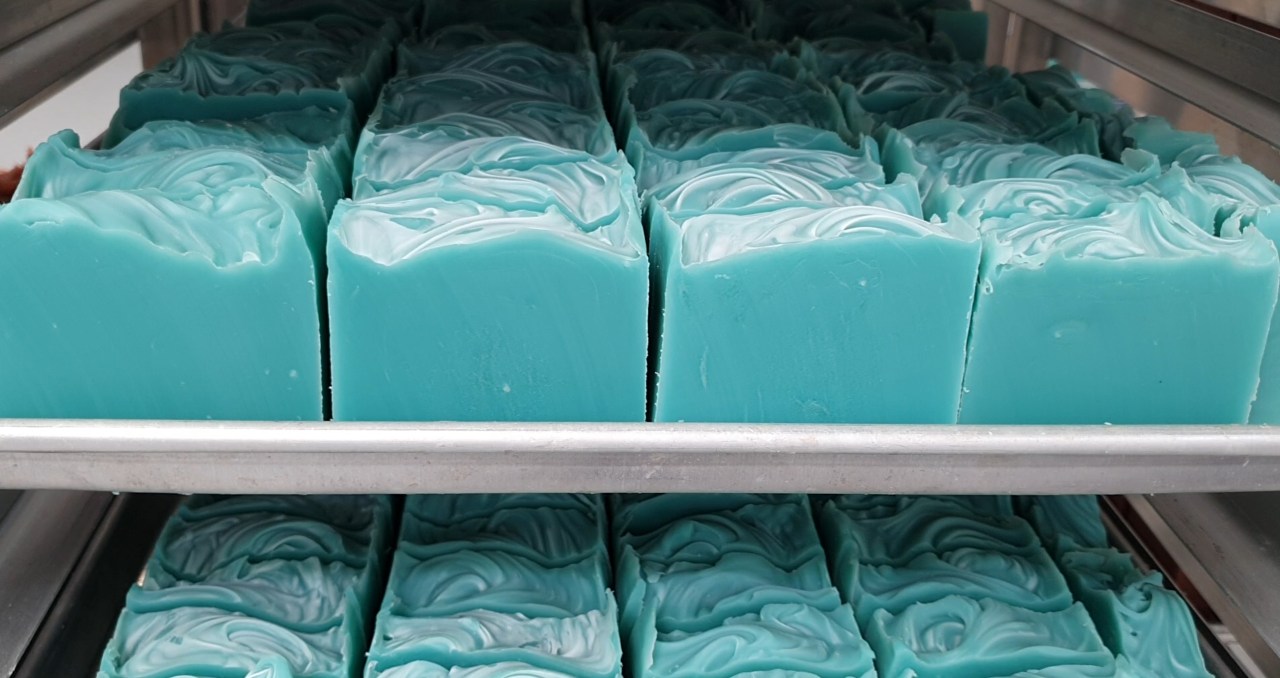 CHARLESTON, SC (WCBD) – Health officials recommend washing your hands for at least 20 seconds with soap and water to effectively clean your hands.

That’s roughly the time it takes to hum “Happy Birthday” twice, or how long it’ll take Phillip Cork to explain how the chemical structure of soap gets rid of germs.

Which helps carry those germs off our hands, and down the drain. This fantastic feature of soap is created during the soap making process, which is well underway at Cork’s workplace- the Old Whaling Company.

Workers at the Old Whaling Company’s warehouse in West Ashley can create roughly 1200 handcrafted bars each day from scratch with just a handful of ingredients.

Celia Parkin, the head of production, walks through their process, “So it’s coconut oil, soybean oil, olive oil, and we mix that in to a tank. We then pour that into a bucket, add our fragrance to it, mix it up. Add our lye to it until it’s at the correct trace… pour it into our molds and put our signature waves on top.”

The bars are then cured, cut, packaged, and ready to use! But let’s go back to that recipe…

It’s no lie- while lye, or sodium hydroxide, can be dangerous to handle, it’s one of the two most important ingredients in soap! Let’s go back to Cork, who was recently been nicknamed “Phil the Science Guy” by his coworkers,

“For something to be soap and have that principle element of being able to connect to both water and oil, it really does need the lye to be there as a part of a chemical reaction called saponification. That is the combination of triglycerides, which are the elements in the fatty oils we use, and the lye.”

“So when those meet in the presence of heat and water, when they’re emulsified, we end up with the products of soap, which is the sodium and the fatty acids mixing together, and glycerin, which is the moisturizing effect in soap. We also have water, which evaporates out of the soap as its curing.”

This method of combining oil with a strong base to create soap is nothing new! The Babalonians used this method way back in 2800 B.C! Thousands of years later, we’re still reaping the cleaning benefits of this tried-and-true chemical reaction.