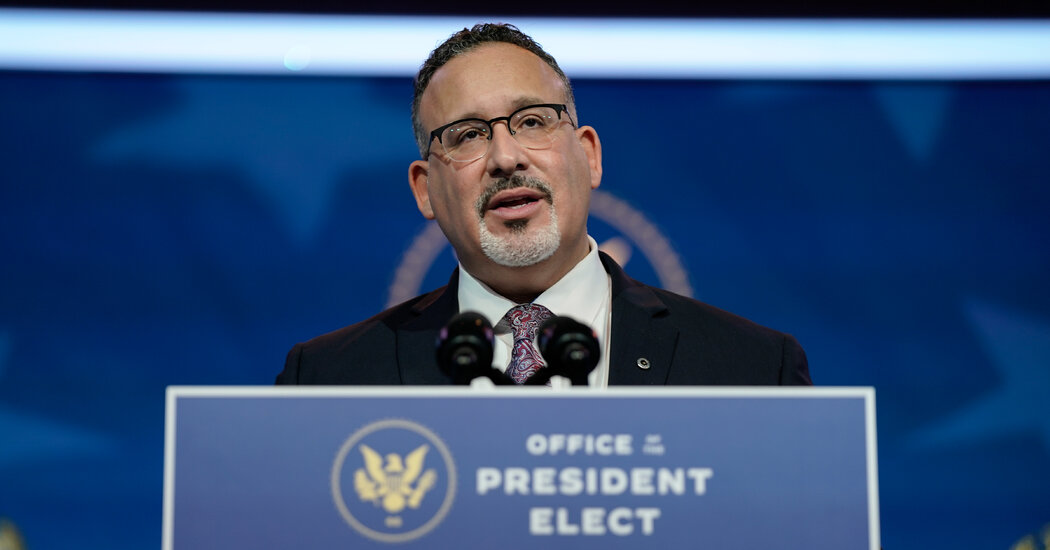 The pandemic crisis is badly disrupting education for many English learners, who rely on a combination of additional school programs and the benefits of face-to-face interaction with teachers and peers. As education secretary, Mr. Cardona will face an immediate challenge in offsetting those losses while safely reopening public schools nationwide.

In the long run, giving English learners the education they need is an issue of both pedagogy and politics — something he knows well (he wrote his doctoral dissertation on the subject). Local communities, he wrote, needed to focus political will on addressing the inequalities that often plague schools educating many English learners. Teachers need extra hours and training to help a student body that has changed over time.

Mr. Cardona started as a public-school teacher in Meriden; become the state’s youngest school principal; and ultimately ascended to Connecticut commissioner of education.

“As I learned through my experience as the principal of an elementary school,” he wrote, “the more engaged members of the school community are in changing the complacency, the better chances there are for improvement.”

As education secretary, Mr. Cardona could push for federal funding for programs that have lagged behind the growing English learner population, as well as more research on the complex task of training teachers and developing new digital tools devised specifically to help English learners. American public schoolteachers are, on the whole, substantially more likely to be white and monolingual than are public school students. In Seattle, one school district has developed a program to help bilingual teacher’s aides get on a fast track to full teacher certification.

Mr. Cardona’s ascension may also change how people think about English learners. In an interconnected world where goods, information and people cross borders with ease, being multilingual is more an asset than a liability. Notably, wealthy parents pay top dollar to enroll their English-speaking children in private immersion schools that teach Spanish, Mandarin and other languages.

They know that fluency in more than one language can expand a student’s perspective, open up whole libraries of literature and culture, and help form relationships and ideas in new ways. The multilingual advantage can take different forms throughout a life. It may propel one English learner all the way to a Cabinet post.