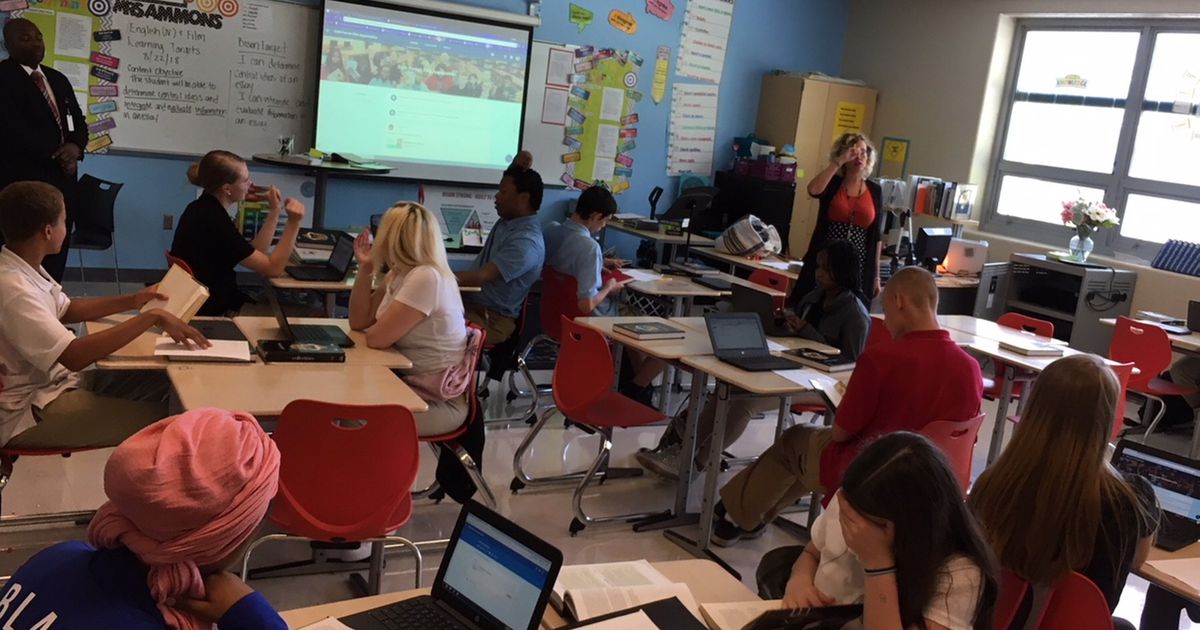 “It’s disheartening to see the areas where we’re not meeting the needs of the students,” Lolli said. “We need to step it up and fix it, and we need to move forward and make sure it never goes back to how it’s been for the past many years.”

In January and February 2020, ODE officials did two onsite reviews of Dayton Public Schools’ special education programs. They interviewed DPS employees, met with parents at two schools and reviewed a wide range of documents. They gave the district a partial report in May, then this final report in December.

Ohio Department of Education officials said this review was triggered by DPS’ responses to a standard “risk assessment process” and was one of 35 such reviews done statewide in the past two years.

Dayton’s last such review by the state OEC office came in 2010-11. But ODE has done detailed full-district reviews of DPS in 2015 and 2018. The 2018 review noted that DPS was not meeting multiple special education goals, had almost 20 special education teaching positions unfilled, and had not at that point implemented training called for in its corrective action plan.

ExploreTeachers unions support vaccine, but say it’s not a cure-all

The school district’s Office for Exceptional Children claims on its website that DPS “has the best special education services in the area,” citing a long list of physical, occupational, speech, mental health and other therapies.

That department has seen significant turnover. Former leader Greg Roberson left in 2018 for an assistant superintendent job in North College Hill, near Cincinnati. Current chief Angela Nichols was hired that summer to replace him, and multiple academic coordinators in the office have changed since then.

In late June, after receiving partial feedback from the state, DPS hired Laura Collier away from Centerville City Schools to be executive director of policy and procedures for Dayton’s special education department, leading the planning, training and implementation related to the state report.

Nichols has been out on medical leave for the past few months, according to Lolli, and it’s not clear if she will return.

The changes the state recommends should have been made years ago, Lolli said. When she started with Dayton schools in late 2016, all special education students were in “self-contained” classrooms, Lolli said, rather than in the “least restrictive environment” based on their individual needs, as the law requires. Lolli said under Nichols, changes began.

“Much of it is ingrained in the system, so it’s going to take time for us to change the culture, the practice, the procedures, the policies,” she said. “This is a major priority for us. … We’ve got to get this fixed. It never should have gotten to this point in a school system, but it’s been this way for a long while.”

Some of that training has begun, Lolli said.

Parents with concerns should continue to work with their student’s teacher, principal and the OEC office — in that order, Lolli said.

“All students deserve the best we can give them,” she said. “The Dayton Public Schools are working to make the improvements that have been recommended by the Ohio Department of Education to make sure that students with disabilities are receiving the very best education and very best services that are possible in a school system.”