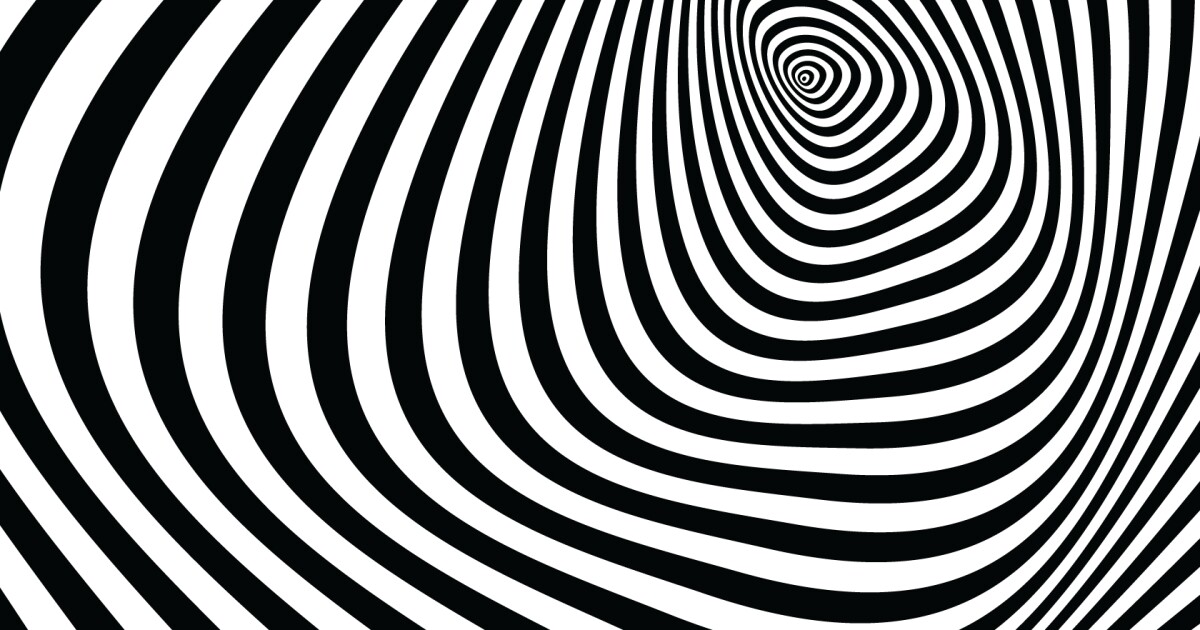 ast summer, the University of Chicago’s English department explained that its Ph.D. program would be “accepting only applicants interested in working in and with Black studies.” The announcement, framed as a response to the protests demanding justice for George Floyd and other Black victims of police violence, stated that “undoing persistent, recalcitrant anti-Blackness in our discipline and in our institutions must be the collective responsibility of all faculty.” In contrast with the many vague statements of solidarity issued by academic programs nationwide, the Chicago English department’s stood out for the specific course of action it outlined.

Subsequent reporting in the campus newspaper suggested there was a bit more to the story than the department’s commitment to racial justice. Like most universities, Chicago had imposed severe cutbacks earlier in the year in response to the fiscal crisis occasioned by the Covid-19 pandemic. As a result, the English department was limited to admitting five new Ph.D. students during this cycle. The decision, then, was apparently as pragmatic as it was idealistic. It offered a way to put a positive spin on the reduction of the graduate program, and gave the admissions committee a simple criterion for cutting down the applicant pool in a year when, due to Covid-related unemployment, a higher than usual number of applications was expected.

This incident reveals two convergent trends that will continue to shape the future of the humanities and social sciences. The first is an increasing emphasis on social justice as the raison d’être of scholarship and teaching. The second is a further ratcheting up of austerity in an area of higher ed that has been decimated by budget cuts ever since the 2008 recession.

The Chicago approach points to a scenario where political ideals and budget constraints might not be at odds. Forced to prioritize, departments could target their limited resources on diversity recruitment in admissions and hiring. Furthermore, since almost all U.S. universities have lately declared their commitment to righting historical wrongs, departments that focus on this goal might be well-positioned to pressure administrators to support their efforts with faculty lines, curriculum grants, and so on. Along these lines, at the University of Leicester, in the U.K., proposed cutbacks to the English department would eliminate modules on medieval literature and other parts of the traditional canon and instead emphasize the development of what the architects of the cuts explicitly call a “decolonised” curriculum.

But it’s not difficult to see how political goals and the new austerity might be on a collision course. The radical renovation of the field that the Chicago English faculty calls for would involve transforming curricula, reorienting scholarship, and redressing the underrepresentation of minorities on the faculty. This will require considerable resources. In the latter case, in particular, it will likely necessitate both new faculty positions and Ph.D. programs dedicating greater effort and funding to expanding the pools from which they recruit potential students. Given the bleak financial panorama universities are currently contemplating, this looks increasingly improbable.

Colleges outside of Chicago’s rarified tier have gone much further than reducing or suspending graduate admissions: they have cut majors and departments and even laid off tenured faculty. We may reasonably fault the tendency to reallocate resources away from faculty and undergraduate teaching, but even a change of priorities in the opposite direction would meet hard external limits in the coming years. Overall enrollments at American universities have been on a downward trend for a decade, and are set to drop more dramatically due to the “birth dearth” that will shrink the number of college-age students. This will affect different institutions unevenly, and elite schools like Chicago and the Ivies will remain solvent enough to maintain their faculty at the current levels. But it certainly portends further reduction of full-time faculty positions nationwide. The already bad pre-pandemic years may look rosy later this decade.

For this reason, even if doctoral programs see their funding restored after the current cuts, it’s hard to see how it would be ethical for them to admit full cohorts of graduate students again. The ratio of Ph.D.s to open faculty positions has been lopsided for decades, and will become more so in the coming years. But the reasonable decision to suspend or shrink graduate programs will likely widen the gap further: Fewer graduate students means reduced need for faculty at doctorate-granting institutions, which means more unrenewed faculty lines. Shrinking doctoral programs and a declining student body add up to an unpromising landscape for creating a “more inclusive and equitable field.”

Bomb-throwing radicals turn into humdrum humanists when they make the case for their departments.

Given this apparent death spiral, what sort of professional future awaits the five Black-studies Ph.D.s Chicago plans to admit this year? The most recent year for which the Chicago English department provides job placement information is 2017. According to the department’s own website, just one out of eight graduates from that year was placed in a tenure-track position. A separate statistical breakdown suggests this grim statistic was an outlier, offering a multiyear comparison showing that 57.69 percent of recent Ph.D.s ended up in tenured or tenure-track positions within five years. But considering that Chicago is U.S. News’s top-ranked English Ph.D. program, just greater than even odds for landing in the job you trained for is still bleak. And that was before Covid.

ow are humanities disciplines pushing back against the existential threats they face? Obviously, one can find a variety of arguments against cutbacks and the devaluation of humanistic study. On the other hand, faculty members within these fields sometimes make what looks like a case against their own value. For example, the Chicago announcement states that “English as a discipline has a long history of providing aesthetic rationalizations for colonization, exploitation, extraction, and anti-Blackness.” Those who make funding decisions might well ask why such a discipline deserves to continue existing.

In another contracting discipline, anthropology, a celebrated paper published in the field’s flagship journal last year offered “The Case for Letting Anthropology Burn.” Like the Chicago English faculty, the author faults his discipline for a multitude of injustices. Meanwhile, without noting any contradiction, he denounces the “university bureaucrats” who “cancel tenure-track faculty lines, defund graduate programs, and shutter anthropology departments as cost-saving measures driven by the marketization of higher education.” Why shouldn’t they, if the field’s own brightest young minds want to “let it burn?” (The author helpfully explains that “the case for letting anthropology burn entails a call to abandon its liberal suppositions,” but a title expressing this rather more modest aim would surely have received less attention.)

Such attacks on their own disciplinary foundations have been valorized within humanities and some social-sciences fields for some time. (Already in 1993, a tenured literature professor published a disciplinary manifesto entitled Against Literature.) Yet when these disciplines argue publicly against cuts, they revert to far more tepid rhetoric. Last August, an open letter entitled “Covid-19 and the Key Role of the Humanities and Social Sciences in the United States” was posted online, with signatures from the heads of all of the relevant learned societies and professional associations. The letter proclaims “the vital contribution made by the humanities and social sciences to the public good.” The authors are evidently not referring to a radically transformed future version of these disciplines: they describe themselves as “stewards of humanistic scholarship” and cite the need to “sustain the centrality of humanistic studies.”

This disjunction between inward-facing and outward-facing rhetoric is also not new, as Bill Readings describes in his 1996 book The University in Ruins. For Readings, an uncertainty about both the place of humanistic scholarship within the university and the university’s place within society has led to an “impasse between militant radicalism and cynical despair” that afflicts humanities scholars like himself. In “militant” mode, they may propose radical overhauls of their own fields of study; but in “despairing” mode, holding onto what they have is paramount, so they pay lip service to the traditional humanistic values they might otherwise denounce, not out of any conviction but for lack of any other available justification that might be seen as valid in external contexts.

True to convention, the open letter mentioned above proclaims the importance of “the stories and beliefs that guide us, the cultures and values that we build and share, and the visionary aspirations of thinkers past and present.” As Readings shows us, this sort of language is the residue of an older guiding ethos of the university, oriented around the concept of “culture” and tied to the modern nation state. The function of the humanities, in that dispensation, was to preserve and transmit a coherent sense of shared national culture to the ruling elite. Academic radicals have attacked this function and continue to do so, but Readings argues that what actually undermined it was the decline of the nation state and rise of transnational capital. For this reason, he says, conservative nostalgia for the older culture-preserving function of the university is a dead end.

It is in this sense that radical rhetoric does not necessarily challenge the new ideological regime of the university — and may even abet it. Attacks on disciplinary foundations generally target the version of the discipline oriented around the old values of “culture.” But that orientation is already largely obsolete. Furthermore, as Reading goes on to note, this is why “left-wing criticism” of the old humanism “is turning out to fit so well with institutional protocols, be it in the classroom or in the career profile.” A contentless ideal of “excellence” would come to replace the ideology of “culture” as the guiding rationale of the university.

The moral emphasis on social justice in humanistic scholarship might be viewed as an effort to reassert substantive values against the “corporate bureaucracy” that the university has become. But this contestation will ultimately prove illusory. The faculty members and departments pursuing these causes are also obligated to operate as market actors procuring resources in a hypercompetitive environment. As a result, their rhetoric is still subject to neutralization by the corporate university. This is even more obviously the case now that many presidents, provosts, and deans have embraced the discourse of social-justice. Full-throated commitment to political causes is now a means by which colleges compete for publicity, prestige, and grants. And if support for these causes is integrated into the university’s proclaimed mission, departments that emphasize them lose their distinct value proposition.

Political radicalism, up to and including the apparent repudiation of one’s own field of study, functions as a market signal within the reigning value system of the humanities and social sciences. Indeed, in hypercompetitive academic fields whose material resources are vanishing, anti-institutional rhetoric has become one of the most successful stratagems for individual advancement. Such rhetoric, however, also tends to weaken the fields’ public and institutional standing. This is why, as anyone familiar with them has likely observed, bomb-throwing radicals turn into humdrum humanists when they need to make the case for why their departments should still be funded. But the conjunction of the pandemic’s fallout with the longer-term trajectory of decline may push this contradiction past the point where it can be sustained.