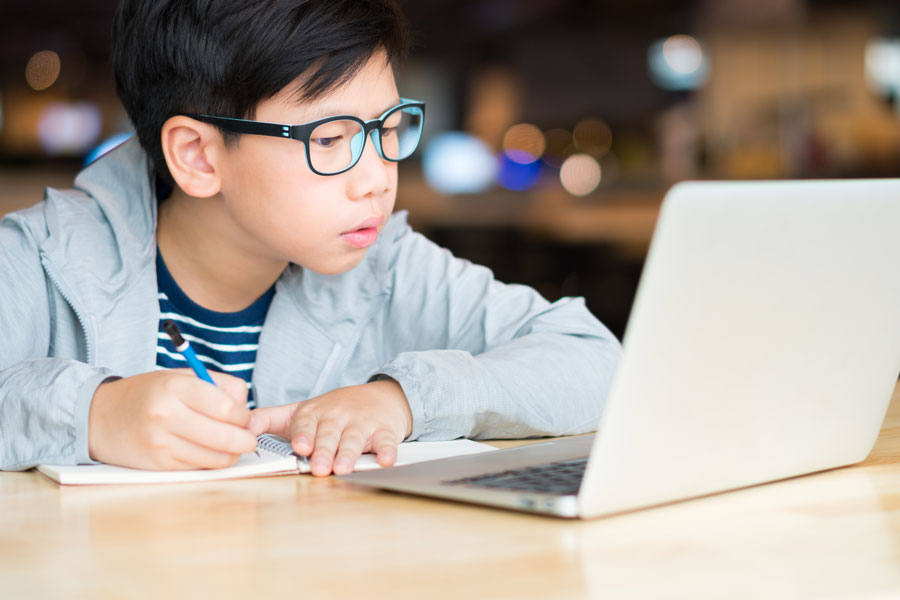 BLACKFOOT — At least a handful of Idaho school districts from Boise to Blackfoot plan to keep their fledgling online learning programs going after the coronavirus pandemic ends.

Districts and charters across the state opened virtual learning programs in efforts to reach kids stuck at home during the pandemic. The programs helped districts stabilize or increase enrollment, despite a statewide enrollment decline for the first time in decades.

Now, several local K-12 leaders say venturing into online learning exposed a need they were previously unaware of. Some hope to continue the programs into next school year.

“It has been a whole new world for us,” Blackfoot School District Superintendent Brian Kress said of Blackfoot Online School Solution.

Kress credits BOSS’s nearly 300 enrollees from across the district for a net enrollment gain of 123 students from last school year.

BOSS’s enrollment has declined in recent weeks, likely due to the rollout of vaccines in schools across the state, Kress told EdNews Wednesday. Still, the district plans to gauge future need and will keep the program going if there’s enough interest.

Other districts have already made the call to move their programs forward, and continue enrolling students from various parts of the state.

Snake River, a rural east Idaho district that shares a border with Blackfoot, took in 458 new students this school year, thanks almost entirely to its online school. Some 400 of those learners live in areas outside Snake River’s boundaries, Kress said.

Unlike Blackfoot, Snake River took the extra step of contracting with private online curriculum provider Overture Learning to provide coursework and other resources to participating families across the state.

Snake River’s not the only rural school district to contract for extra services.

The Oneida School District’s Idaho Home Learning Academy uses three separate curriculum providers, including Overture, to run its massive online program. The companies helped IHLA bring in some 4,500 kids this school year alone — and collect millions in added state funding, which mostly ends up being paid out to the companies.

IHLA’s arrangement has attracted attention from some top state leaders who were curious about its growth and contractual obligations for services.

Snake River’s nearly 500 online learners are still a long way off from Oneida’s 7,800, but growing the program isn’t out of the picture, Mark Kress said.

“We have been approached about increasing our numbers for next year,” he said, adding that Overture projects the school could double its number “if we wanted.”

Growth is something Hagerman Superintendent Jim Brown says he’s less likely to pursue, though he also plans to continue his district’s online learning program after the pandemic ends.

“We don’t want to get very big,” he told EdNews last Thursday.

Like Snake River and Blackfoot, Hagerman attributed the school’s growth of 66 students from last year to its online learning program.

While the program has added another dimension to enrollment, Brown believes it’s also helping some families.

Some have created “pods” — “miniature schoolhouses,” as Brown called them — to help homeschoolers learn together.

“It’s not like anything I’ve ever seen,” Brown said.

Despite its online offerings, Boise’s enrollment dropped by 1,627 from last school year — a reality that plagued most of the state’s big districts during the pandemic.

Boise recently launched a survey to gauge parent and student interest in the program. Only current Boise students or students with an approved open enrollment status from another district may attend, Hollar said.

Further reading: Idaho’s online school have typically been charter schools. Click here for a closer look at how they typically underperform compared to the state’s brick-and-mortar schools.

This story was originally posted on IdahoEdNews.org on Jan. 26, 2021