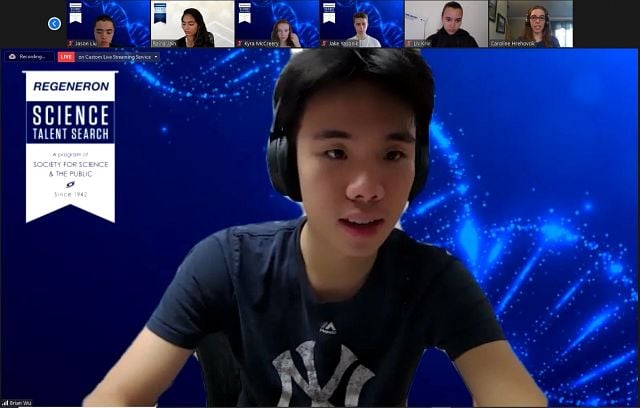 Being able to add “Regeneron’s Science Talent Search finalist” to a resume is a good way to get noticed in the STEM field. And 40 students can now do that.

Regeneron Pharmaceuticals and the Society for Science recently named the 40 student finalists in this year’s competition, narrowed down from 300 semifinalists. The full field included almost 1,800 high school seniors across the U.S. who submitted original research within the STEM area.

The finalists are in good company. Both Regeneron co-founders, CEO Len Schleifer M.D., Ph.D., and Chief Scientific Officer George Yancopoulos, M.D., Ph.D., were participants themselves in 1970 and 1976, respectively with Yancopoulos being a top finalist. Other past competitors include eventual winners of the Nobel Prize, National Medals of Science, Breakthrough Prizes and MacArthur Foundation Fellowships.

The Society for Science has held what is considered the most prestigious science and math competition for high school seniors since 1942. This is Regeneron’s fourth year as sponsor as part of its commitment of 10 years and $10 million to the competition.

RELATED: Regeneron’s CEO and CSO could nab a whopping $1.4B in bonuses—if the pipeline pumps up investors

“Fostering the next generation of scientific innovators is one of our key commitments. We know that society’s greatest challenges must be met with creative, inspired thinking—just like what we hope to cultivate and recognize through the Regeneron Science Talent Search scholars and finalists,” Regeneron director of social impact, Potoula Stavropoulos, said in an email interview.

The next stage of the competition, which is usually held live in Washington, D.C., will take place virtually during the second week of March. An online event displaying the projects is set for March 14, with virtual award winners announced during a live-stream ceremony on March 17.

In addition to scientific glory, the students are competing for prize money—and lots of it.

Ella Campbell, Regeneron’s associate director of corporate communications, said the company’s goal is to foster talent and encourage these young scientists and mathematicians to enter STEM.

“This is a stepping stone to the rest of their STEM careers,” she said. “Ultimately, we really want these students to feel empowered and celebrated so that they realize a career in STEM is something that they want to pursue.”