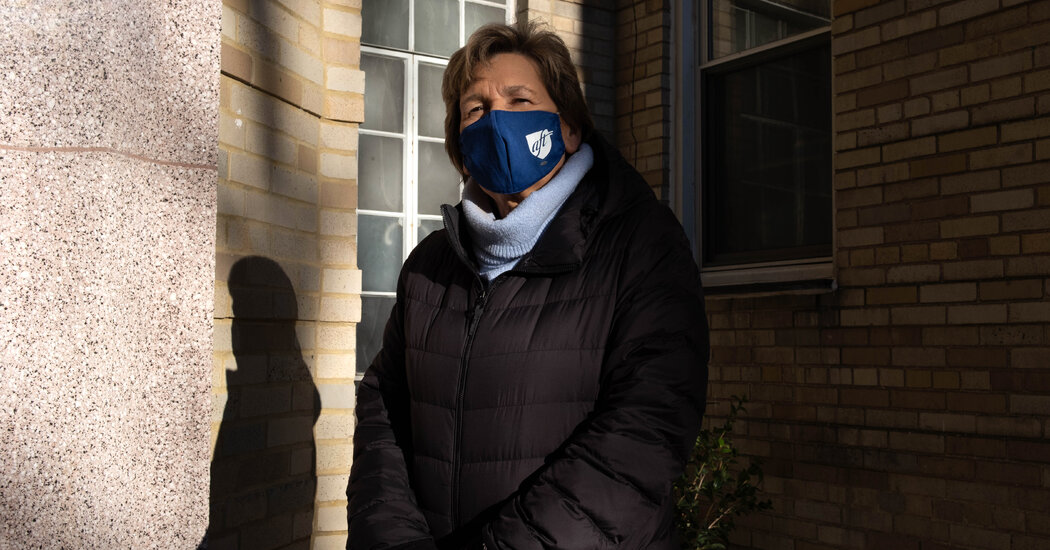 “We have to get this done,” Ms. Weingarten said of resuming in-person education — something she thinks can be accomplished safely even before teachers are widely vaccinated, provided certain conditions are met, such as in-school virus testing.

What she needs, she said, is just a bit more time to bring her rank and file along with her. “I’m confident that we will overcome the fear,” she said. “But it’s not going to happen in two-and-a-half nanoseconds.”

Whether she can do so will be a major test of her own leadership, and of her ability to deliver a win for Mr. Biden, who has said open schools are critical both for children and the economy. Still, Mr. Biden and his surrogates have shown little willingness to speak forthrightly about union recalcitrance.

Teachers, Ms. Weingarten says, have good reasons to be anxious.

They don’t trust soap and running water will always be available in schools, because they sometimes haven’t been. They don’t trust that extra funding will materialize for masks, hand sanitizer and nurses, because in so many other years, budgets were cut.

When President Donald J. Trump told them to get to work last summer, even as he refused to take aggressive action to control the pandemic, they were furious. Some protested with coffins, arguing that they could not teach if they were dead. Others said they would strike if forced to work in person before 14 days had passed in their regions with zero new coronavirus cases — essentially, until the end of the pandemic.

The national unions, too, stoked fears of schools becoming “superspreader” sites, and in July the A.F.T. authorized strikes if stringent virus safety standards were not met. At the same time, some locals did not wholeheartedly embrace virtual learning, arguing that educators should not have to teach over live video feeds.