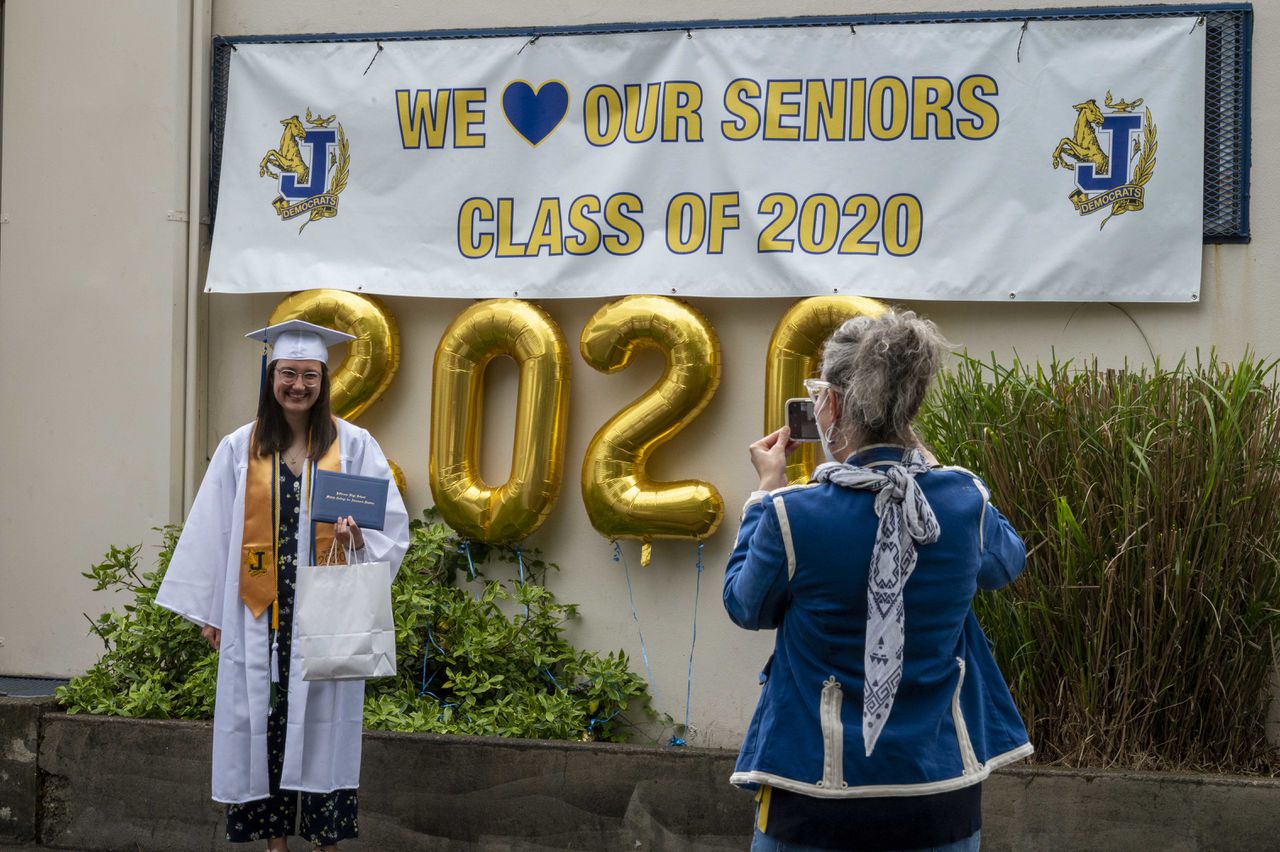 Portland Public Schools improved its graduation rate by 3 percentage points in 2020, according to figures made public Thursday by the Oregon Department of Education.

Nearly 84% of the district’s seniors graduated within four years. Statewide, that figure was about 83%, despite higher child poverty rates outside the state’s largest district.

Portland’s Black and Latino students posted the highest gains, with four-year rates growing to 77% each.

The unprecedented upheaval that Oregon schools experienced last spring, as the pandemic closed them with little warning and educators were ordered to abandon normal grading practices, calls into question whether the upticks were primarily the result of high schools improving their performance or relaxing their standards.

Oregon schools chief Colt Gill told The Oregonian/OregonLive the improved graduation rates reflect schools’ greater success helping students in the class of 2020 succeed during the first 3 3/4 years of high school, not a pandemic-imposed change in grading expectations in the final three months.

“Students who were on track to graduate in their senior year were” already primed to do so, he said.

Still, Portland Public Schools saw a decrease in the percentages of Black, Indigenous and other students of color graduating on-time at some of its schools.

In Northeast Portland’s Madison High School, for instance, about 76% of Latino students graduated on time. Latinos at Jefferson High posted a striking drop, from 76% to 62%.

Dani Ledezma, the district’s director of racial equity and social justice, said there was no one reason for the drops in various schools.

“We’re really taking a student-specific approach and assessing those unique needs,” she said.

Korrina Wolfe, director of the district’s Multiple Pathways to Graduation program, added that in most cases, students who don’t graduate on time are facing intense pressures outside of school. For example, some have to split their time between work and school to help their families pay the bills.

“Sometimes students have had to prioritize things outside of school,” she said. “We’ve always had students who took care of their families. That increased due to the pandemic.”

Portland Public Schools leaders credit the efforts of educators and partner organizations such as Latino Network and Self Enhancement, Inc., which provides academic support for the district’s Latino and Black students, for helping some of the most vulnerable student populations stay afloat.

“While the pandemic obviously threw us a huge curve ball, we were able to leverage the relationships we already had in place,” Wolfe said.

Those partner organizations helped track down and assist students with myriad issues during the pivot to distance learning. Some made home visits to deliver internet hotspots for families who couldn’t afford access. Others did so to check in with students who needed a shoulder to lean on, figuratively speaking.

“We’ve really worked to meet students where they’re at in all the settings they’re in,” Wolfe said.

Educators at Alliance, an alternative school with headquarters at Benson High and a campus in Northeast Portland’s Beaumont-Wilshire neighborhood, have long used similar tactics to engage their students.

About 61% of Alliance’s 146 seniors graduated on-time, a 26 percentage point increase over the previous year. Wolfe credits the program’s emphasis on career technical skills for its astounding one-year uptick in on-time graduation rates, after a previous more gradual two-year climb.

Alliance posted gains of 5 percentage points in 2018 and 6 more in 2019. Students are urged to pick coursework that aligns with their interests outside of school, often emphasizing classes like auto shop and drafting that build skills they’ll use once they enter the workforce.

Many students who transfer to Alliance after struggling at traditional Portland high schools must recover a hefty number of credits, so teachers are used to checking with them regularly and strongly urging them to complete coursework.

“Having that wrap-around team is part of their success,” said Elissa Schorr, the district’s senior director of high schools.

Even though most student groups saw an overall uptick in their four-year completion rate, Asians and Native Americans posted year-over-year drops.

The key to helping those students, Ledezma said, will be to adopt strategies employed by teams at Alliance and the district’s partner organizations such as Latino Network and SEI.

“The thing we need to remain committed to is remaining responsive to students’ individual needs,” she said.

Eder is The Oregonian’s education reporter. Do you have a tip about Portland Public Schools? Email [email protected].