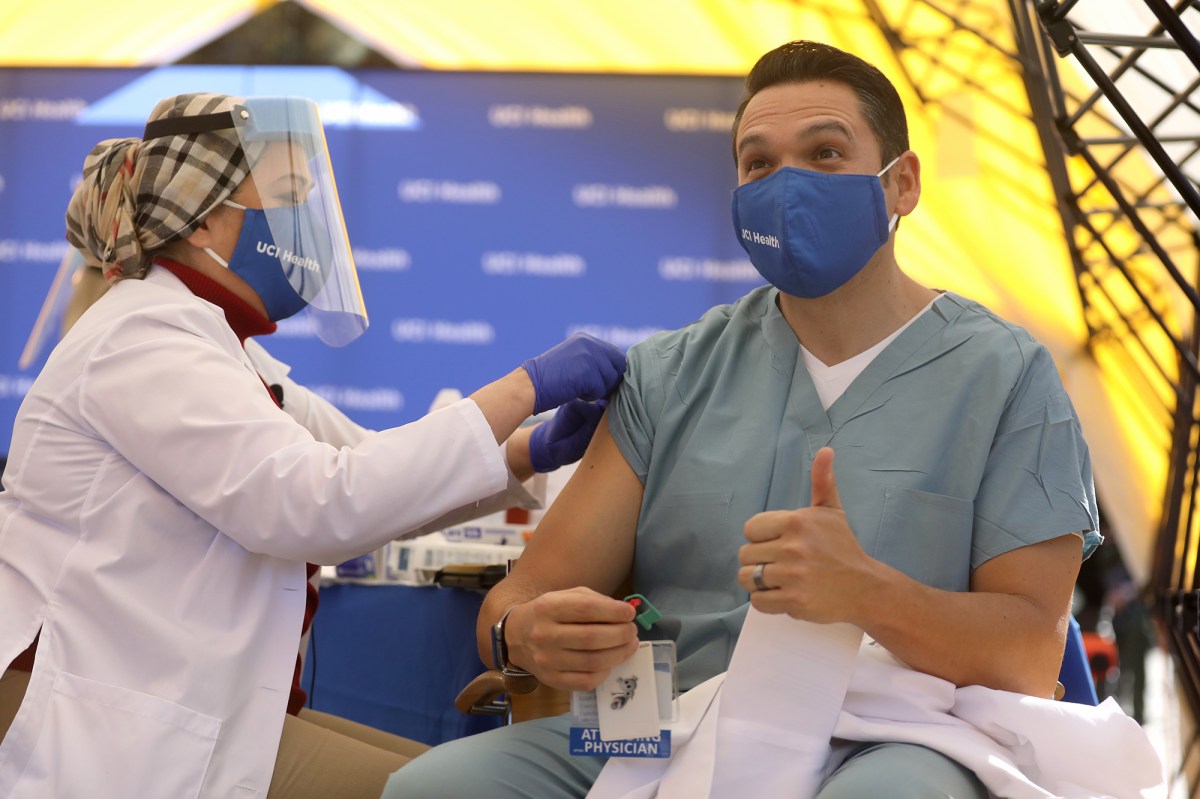 It seems like a lifetime, but it was only one year ago that the world learned about a cluster of pneumonia cases linked to a live animal market in Wuhan, China. The cause: a new coronavirus, SARS-CoV-2, that leads to a disease called COVID-19. Fast forward one year, and the US has seen more than 400,000 COVID-19 deaths and more than 25 million confirmed cases — but also remarkable scientific innovation and reasons for optimism.

Much has changed. An economy that was humming along with record-low unemployment was voluntarily shut down in an attempt to mitigate viral spread and the death toll. Unemployment soared to depression levels, and GDP cratered. In many areas, a third of small businesses have permanently closed. Children have missed nearly a year of in-person school, with short- and long-term effects on their social and educational development and economic prospects. The pandemic deepened political fissures and became the main issue in the 2020 election, likely leading to President Donald Trump’s reelection defeat.

People were admonished to “follow the science,” though the science was unclear and constantly in flux. The pandemic has confounded experts’ recommendations and predictions. Infections, hospitalizations, and deaths are up around the country, regardless of the approaches that different states have taken. New Mexico, for example, adopted aggressive restrictions, including a mask mandate, self-quarantine orders for travelers, and a ban on public gatherings early on. Yet statewide infections and deaths climbed to new heights in October and November.

New York, where Gov. Cuomo prides himself on his tough-love approach to public health, has the second-highest number of deaths per 100,000 citizens (222) in the country, edged out only by New Jersey (240). Florida has faced considerable criticism for imposing restrictions too late and for opening up too soon; yet the Sunshine State has almost half as many deaths (121) per 100,000.

Nonetheless, we now appear closer to the end of the pandemic than to the beginning, thanks to the innovative power of the market to discover, develop, and provide lifesaving products. It usually takes ten years to develop vaccines for new diseases caused by novel viruses. Now, only ten months after the virus was identified, 53 COVID-19 vaccines are being tested worldwide. Nearly a dozen have reached Phase III, the most advanced trial stage. Two companies, Pfizer and Moderna, already have demonstrated that their vaccines work at more than 90 percent effectiveness, with limited and mild side effects, and have received emergency-use authorizations from the Food and Drug Administration. The companies say that they can supply more than 1 billion doses in 2021.

New vaccines will be used in a population that has already had significant exposure to COVID-19. The CDC estimates that eight times as many people may have been infected as there are confirmed cases. It’s estimated that more than 100 million people, or nearly a third of the population, may have already been infected and developed antibodies. We may be nearly halfway toward reaching the 60 percent to 70 percent of the population needed for herd immunity. Only 100 million previously uninfected Americans might need to be vaccinated with a highly effective vaccine to halt the pandemic.

The biggest problem we now face is ensuring that enough people are willing to be vaccinated. Joe Biden’s presidential campaign, scientists allied with the campaign, and other leaders, like New York Gov. Cuomo, have undermined confidence in prospective vaccines by suggesting that the FDA and vaccine developers were disregarding safety and moving too fast to approve. Despite pledges from vaccine developers and reassurances from FDA leadership that established safety and effectiveness standards would be observed, the Pew Research Center found that the number of Americans who would definitely or probably be vaccinated fell from 72 percent in May to 51 percent in September.

Biden’s COVID-19 plan is long on promises and short on details. Many items — like advancing adoption of telehealth, accelerating spending on the development of treatments and vaccines, working with private companies to expand provision of personal protective equipment, providing surge capacity for treatment, creating loan facilities for small and midsize businesses, and making testing widely available — have already been implemented by the Trump administration. Some others, like rejoining the World Health Organization, will make little impact on the immediate course of the pandemic, to say nothing of suggestions such as investing in infrastructure, “encourag[ing] union organizing to defend collective bargaining,” and fighting climate change, which have nothing to do with the pandemic. And still other priorities, like restoring the National Security Council Directorate for Global Health Security and Biodefense, are window dressing — the directorate was reorganized, but the NSC personnel who manned it stayed in the NSC and performed the same security and biodefense roles outside a formal directorate.

Biden has ordered a national mask mandate, which will make little difference, since 38 states, the District of Columbia, and Puerto Rico already have them in place. Evidence for the effectiveness of masks is also limited and much stronger in medical-care settings, where masks are already universally used, than in community settings.

But, while our leaders don’t have any easy answers, an innovative market economy and the fortitude of our citizens is enough to give us hope. Thanks to them, we can see a path to better days.

Joel Zinberg, M.D., J.D., is a Senior Fellow at the Competitive Enterprise Institute and an Associate Clinical Professor of Surgery at the Icahn Mount Sinai School of Medicine. This article is adapted from City Journal.