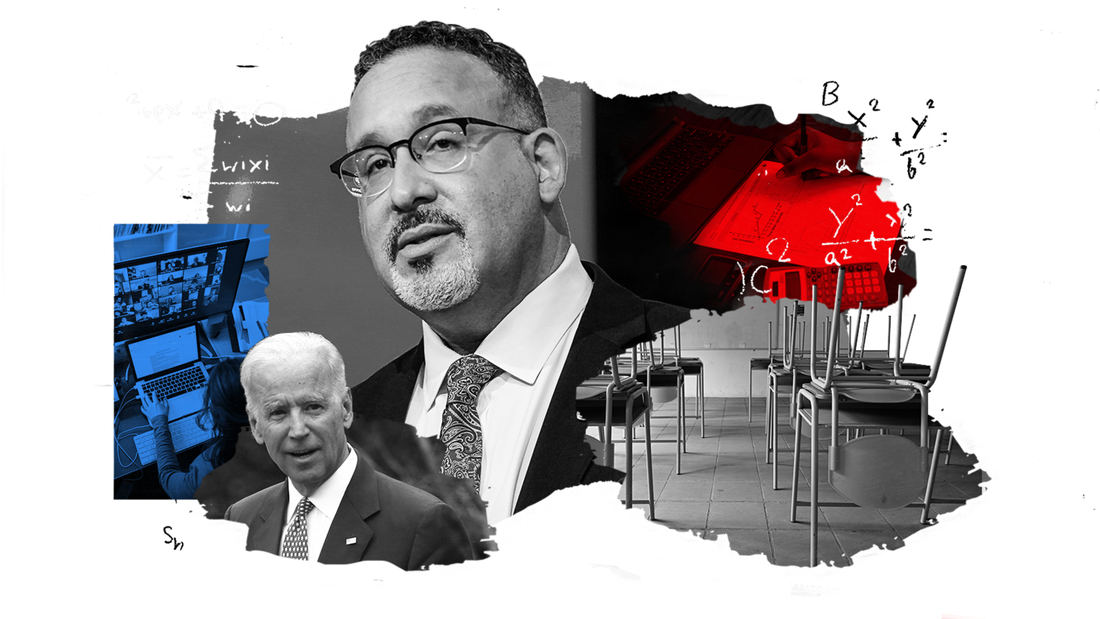 Imagine it’s August 2021, and the kids are finally able to go back to school without fear of a global pandemic. Parents rejoice. So do teachers. We all give thanks to the medical and logistical experts who rolled out an unprecedented vaccine distribution.

But even if we’ve gotten the danger under control, big questions about the future of K-12 education still confront the nation. Can distance learning be deployed in the future to ease inequality rather than exacerbate it? How can those children most in need get help with the academic and psychological burdens of the last year?

These pressing issues, along with a host of non-pandemic-related ones that have gone unresolved, will face President-elect Joe Biden and his nominee for secretary of education, Miguel Cardona.

The time to start preparing for the next academic school year is now. Throughout the pandemic, we have been falling behind, reacting (understandably) to the crisis of the moment, instead of building capacity for the next year. There’s very little that can be done to fix this February; but a better August is still on the table.

The future of remote education is complicated. It’s a powerful tool not just during this pandemic but also for kids who have to bus a long way to reach a school building, during snow days or extreme weather events (and not just natural disasters, but also heat waves since schools are often not air-conditioned), and perhaps most of all for children who are learning better from home than they did in school.

I’ve been thinking a lot about a middle-school student I know. He very bright, but he’s never done well in school. He had trouble staying focused in the busy classroom — getting distracted or tuning everyone out — and then forgetting to turn in work. His perceived failures crushed his sense of self-worth. Now he sits down every day next to a parental figure, opens his laptop and gets straight As.

We need to keep the flexibility we’ve developed on the fly for kids like him. The Department of Education can provide guidance on maintaining that flexibility, articulating the rights of students when it comes to mode of delivery for their educations, and convening (and funding) experts to look at successes and to figure out how to build on them.

On the other hand, remote learning has been a disaster for so many. Poor children, especially those multiply marginalized by racial bias, disability, nationality and other categories of difference, have not received the same quality of remote education as more affluent children. A recent study found that while many students are behind where they should be — students of color are averaging three months to five months behind, while White students average one month to three months.
Part of this, of course, is due to the wildly variable resources in America’s public schools. Schools can and often do provide cheap laptops to students, a practice that should be continued, though the supply chain that gets laptops to students can be backlogged. Still, this program is well-suited to support via existing or expanded federal funding.
But an even bigger problem is disparate access to high-speed internet. The United States has long treated internet as a product to be sold in markets where money can be made, i.e. where middle-class and rich people live in sufficient density. This has left poor communities both in cities and in rural America operating at slower speeds. It was never really acceptable, but it’s a travesty when it comes to trying to attend public school remotely.
This undertaking is going to require massive investment, but the Department of Education can begin by reigniting a Housing and Urban Development program initiated by former HUD Secretary Julián Castro under President Barack Obama to bring broadband to public housing. There’s still a long way to go, but Cardona grew up in public housing himself, so he understands this challenge and would make an excellent partner in reviving this initiative.
Then the Biden administration needs a program to turn broadband into a utility — a right rather than a product — and extend it into rural America. Covid-19 has revealed how essential online connectivity (for work as well as school) is, and the expansion cannot be left to corporate America alone. Biden should draw on the spirit of Franklin Delano Roosevelt’s New Deal that brought electricity into rural Tennessee — and make national broadband part of his early economic recovery efforts.
But even with all the infrastructure in the world, for many disabled children, including my son, distance learning is a complete failure regardless of how fast the data flows. He’s a 13-year-old non-speaking autistic boy with Down syndrome. Left alone in his room, as I tracked recently for my own records, he needs in-person help around 100 times a day (from logging in and clicking into a session, to having the teachers understand what he’s pointing at, to just keeping him focused).
He wants to learn, and our state department of education has ruled that the school district “may” permit parents like us to hire an in-person aide and have the school district fund it, but our district has thus refused to allow this for any families. (The Mounds View School district, where I live, declined to comment or provide a rationale for this piece.) Many other districts in the country have made similar decisions, though circumstances vary widely. Cardona needs to lead the way to change that “may” to a “must” and make sure that whatever reasonable accommodations disabled children need, they get.
Of course, remote learning is the elephant in the room when it comes to public education in the age of Covid-19, but there’s another disaster looming in terms of how students are evaluated. According to a recent study of one school district in Fairfax County, Virginia, students are failing in the literal sense of getting “F” grades. Meanwhile, over the last 20 years, the Department of Education has doubled, then tripled down on the importance of testing, testing and more testing.
Test scores are likely going to be a disaster in 2021, too. Back last March I argued for a “pass/fail” approach to school at all levels (and, arguably, work and life, too), but while many schools did in fact offer considerable grading latitude then, it hasn’t lasted.

And yet this winter is arguably harder than last April and May, when most schools went remote for the first time. Everything — from work to remote schooling — is likely to get harder to manage as our daily infection and death toll continue to rise though this dark winter. Standardized tests should be canceled wherever possible, with schools encouraged to wipe the year away (or at least offer to do so) from the GPA of all students who are struggling.

Abolishing some testing will, most likely, not spell the end of rigor and might even occasion rethinking some of the reliance on that kind of data when it comes to assessing schools. That’s a complex request, requiring strong federal leadership because the tests are tied to school funding at the national level and many districts link pay to test results. But we must act because our children are struggling enough without letting “Fs” or low test scores drag them down further.
When it comes to education, there are also plenty of non-pandemic-related challenges ahead of Biden and Cardona, as well as for every school district in America. I’m hoping that Cardona will work on the school-to-prison pipeline (which hits disabled non-White children especially hard) by banning restraint and seclusion practices, the incarceration of children for offenses like not doing homework and getting cops out of schools. On this issue, Betsy DeVos, who just resigned after leading the Department of Education since 2017, has either made things worse or at best neglected the pressing elements of it.

Across society, the pandemic has intensified preexisting inequalities and, perhaps, made them more visible to folks who weren’t paying attention previously. The problems in our schools exacerbated by a year of distance, lockdowns, fear and unequal access aren’t new. But as we transition out of the Trump presidency — and then, eventually, the pandemic — every school, every official, every state education department and especially the Biden administration has an opportunity to ease the burdens of a lost year and to try to do things better in the future. It’s an opportunity we can’t afford to squander.