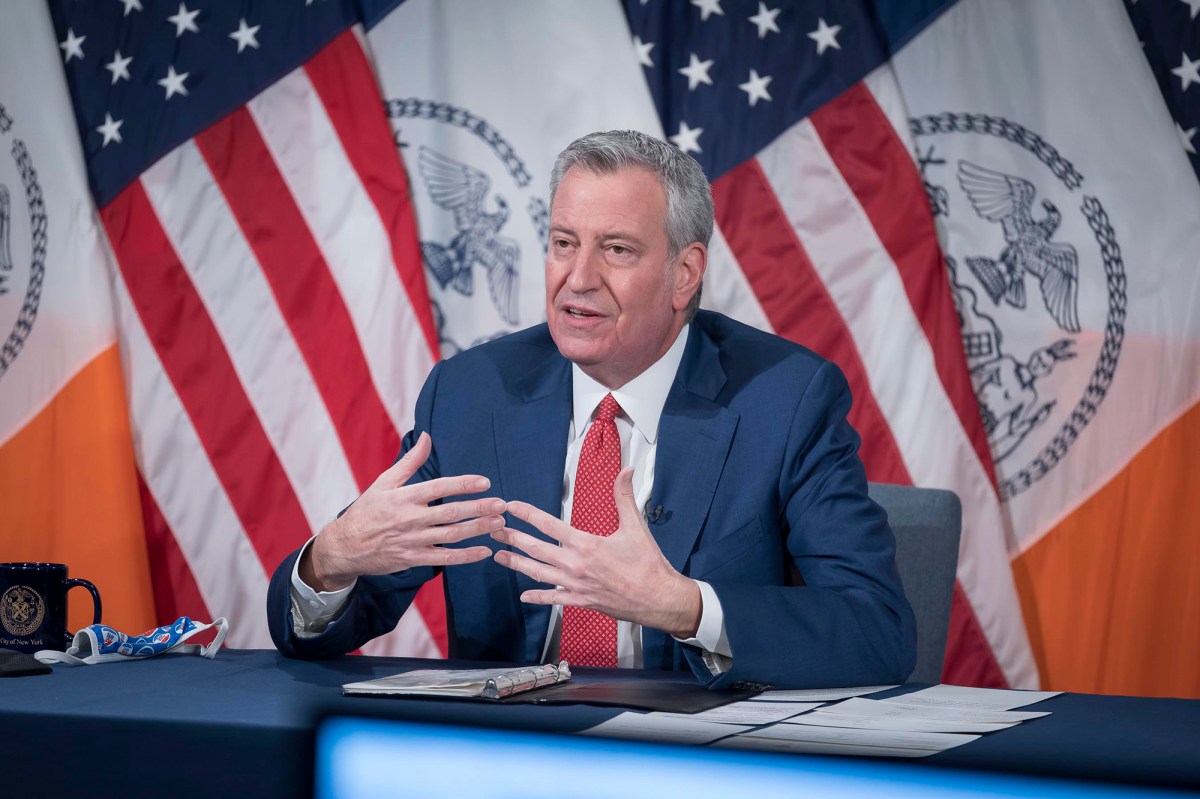 A city education panel made up mostly of Mayor Bill de Blasio’s handpicked allies defied his wishes Thursday, as they voted down a contract to administer the Gifted and Talented admissions exam.

Renegade members of the Panel for Education Policy argued that the test is unfair and racist as they threw a wrench into de Blasio’s plans to offer it one final time by voting 8-7 to nix a $1.7 million deal with Pearson testing.

The debate — which was so intense that it ended at about 1 a.m. Thursday — saw the mutineers overcome the arguments of dissenters who wanted to stick by the mayor and who said that families preparing for the test shouldn’t be blindsided.

The PEP’s snub came despite last-minute lobbying from de Blasio and 11th-hour panel appointments intended to aid the contract’s passage.

The outcome shellshocked both the Department of Education and City Hall officials, who must now scramble to come up with a new admissions process for the coveted programs.

Earlier this month, de Blasio announced that the test would be discontinued after this year as part of a general overhaul of the city’s Gifted and Talented structure.

While he presented his itinerary as a given, a final administration of the test required PEP approval of the Pearson contract.

Shortly after de Blasio’s announcement, several PEP members indicated that they opposed giving the exam and would vote against the deal.

But several PEP members who normally wave through City Hall’s wants, rejected those proposals and killed the contract outright.

“Earlier this month we announced a plan that laid out an equitable and long-term path forward for Gifted and Talented programs in New York City, without forcing a last minute-change for families during an already challenging time,” said DOE spokesperson Katie O’Hanlon in a statement released at 1:46 a.m. Friday morning. “We will share next steps with families soon.”

More than one hundred parents, public officials and panel members signed up to speak either for or against the preservation of the exam and the Gifted and Talented format at the meeting.

Opponents cast the test as unjustly beneficial to families with superior resources.

They also asserted that it offers a narrow view of student potential and has led to minimal African-American and Hispanic admissions.

“A yes vote on this contract would be a continuation of white supremacy,” said Tajh Sutton of Community Education Council 14 in Brooklyn.

“The Gifted and Talented test isn’t about about int and drive but about privilege and access to tutors and other forms of preparation,” she said. “A test cannot measure these things. Especially at the ages of four and five.”

“I’m concerned about the arguments being used to uphold this test,” she said. “These arguments are steeped in white supremacy and anti-blackness despite every expert saying that our single-test process is flawed.”

Several parents pushed back on that framing, noting that a high proportion of kids who win admission to Gifted and Talented programs are non-white working class immigrant children.

The affluent, they said, often flock to private schools rather than competitive public schools.

“I’m tired of being called privileged,” said parent Kaushik Das. “My parents came here with only $300 in their pockets. When did it become okay to implicitly and explicitly call Asians privileged and white adjacent?”

“These weren’t children of privilege like the mayor’s children or the chancellor’s children,” he said. “It was a majority minority class and they were children from Maspeth, Elmhurst, Middle Village and Glendale.”

Others stressed that many of the speakers who spoke in opposition to the test and the Gifted and Talented approach in general either send or sent their kids to academically screened and accelerated schools while denouncing them.