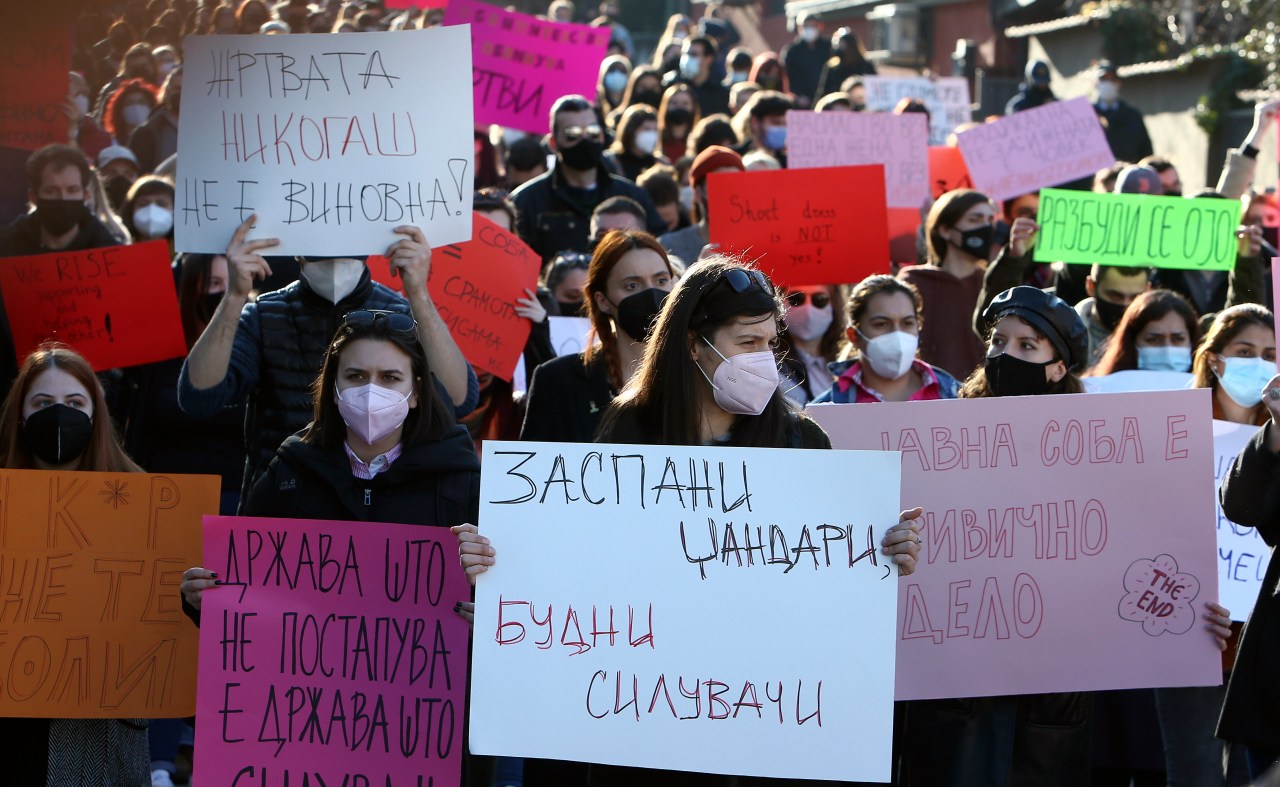 The demonstration followed revelations that one chat group on the encrypted platform Telegram was sharing photos and videos with more than 7,000 members. Some users posted the names and addresses of the featured girls and women.

“We’re here because we don’t feel safe,” Kalia Dimitrova, 29, a member of a local human rights group, said at the protest. “I refuse to accept that I should hide when I’m attacked…This has to end.”

The Telegram chat group, titled Public Room, was discovered last year and reemerged in January despite assurances by authorities that its activity had been halted.

A woman who spoke at the protest and identified herself only as Ana urged authorities to introduce legislation that would reduce online sexual harassment and strengthen police powers.

“It is a high time for this to end,” she told the protesters. “We need legislation for this to provide a better future for us and generations to come.” Telegram could not be immediately reached for comment.