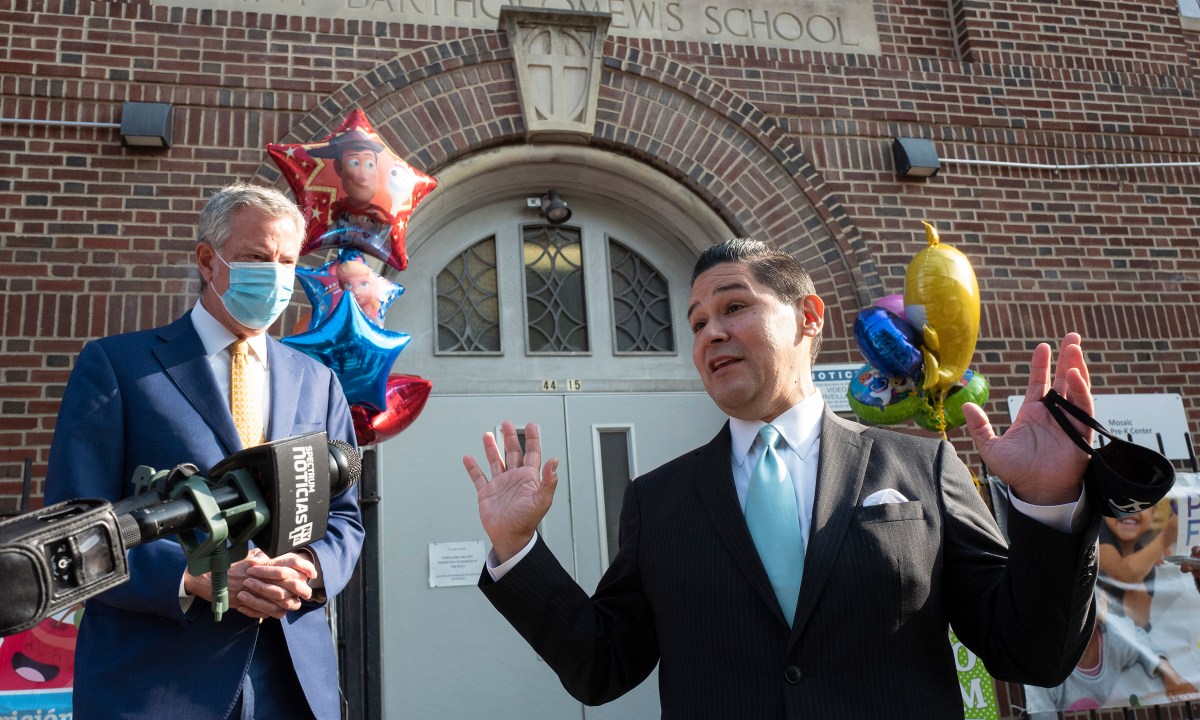 The city Department of Education has long hailed its pandemic performance as a “gold standard” — but an increasing number of parents appear to disagree.

The nation’s largest school district shed 43,000 kids this year — or 4 percent of overall enrollment, according to preliminary DOE figures.

With birth rates shrinking and charter popularity rising, city school enrollment has been eroding for years.

But this year’s drop — accelerated by ongoing coronavirus upheaval — has been marked.

Some parents have opted for city private or charter schools with more stable schedules while others bolted the boroughs completely.

Family flight was sharpest among those with younger kids just beginning their education.

City kindergartens saw a decline of 9 percent this year, while pre-K enrollment fell by 13 percent.

Overall, elementary school enrollment dropped by 6 percent, according to the figures.

The number of first-grade students dipped by 6 percent and second-grade enrollment decreased by 8 percent.

Drops were lower among older students and high school kids in particular, according to the data.

“Given the current circumstances of pandemic, it is no surprise that we are seeing greater fluctuations in enrollment this year,” said DOE spokesperson Katie O’Hanlon.

She asserted that the agency successfully stabilized the school system amid a “completely transformed educational environment.”

Some of the city’s top school districts saw steep losses this year.

Shedding students poses immediate concerns for city principals. Since funding is tied to enrollment, administrators are grappling with the likelihood of narrowing budgets in the near term.