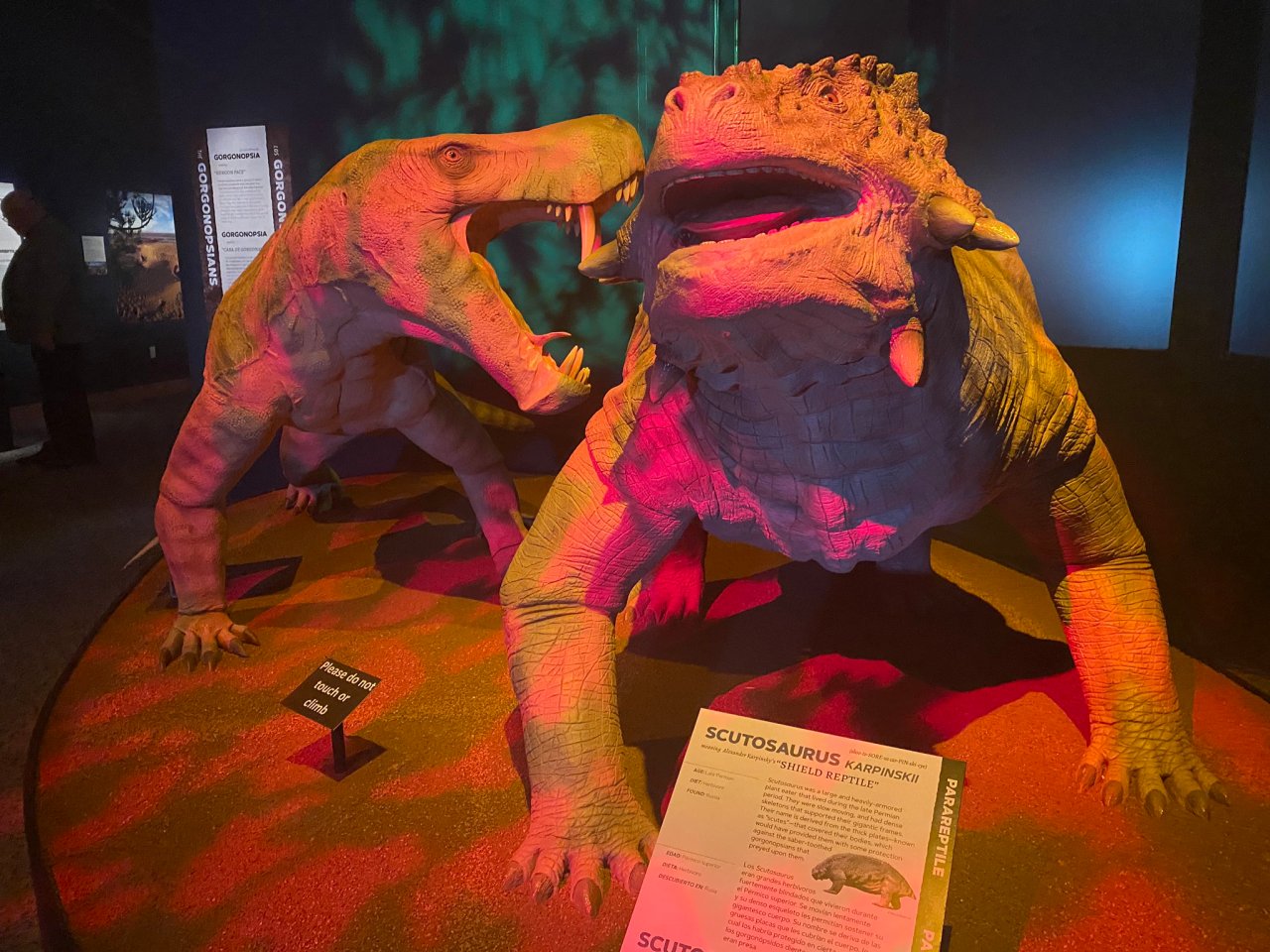 
RALEIGH, N.C. (WNCN) – ‘Life Before Dinosaurs’, a new exhibit opening in the North Carolina Museum of Natural Sciences this weekend, will take visitors more than 250 million years back in time.

Synapsids, scary and sometimes awkward-looking, creatures were walking the planet during the Permian Period, millions of years before dinosaurs.

Dr. Christian Kammerer, a paleontologist at the museum, is a super fan of the Permian Era, and discovered some of the fossils for the models on display.

“There are pictures of me at museums when I was in elementary school just pointing excitedly at these things,” Kammerer said.

He said it’s a proud moment for him to see some of his fossils and hard work come to life.

“(Some of these) things (are things) that have only been named in the last year or so, and (these) fossils that no one outside of me and maybe two other people on Earth have seen,” Kammerer said. “So, getting to introduce that to the North Carolina public at large is hugely gratifying.”

Representatives with the state hope the return of school field trips to the museum can inspire future generations.

“I believe this exhibit will provide this museums long tradition of providing those moments of awe and wonder. Those little miraculous moments that can change the whole way a kid looks at the world,” Reid Wilson said, the secretary of the Department of Natural and Cultural Resources.

Up to 80 percent of life at this time was wiped out in ‘The Great Dying’. It’s believed global warming killed off land and sea animals, research shows.

“We can see in excruciating detail what the effects of letting these issues linger on for too long can be,” Kammerer said.

Kammerer hopes learning about the past can create a brighter future.

“We want to avoid some of those worst case scenarios that these Permian creatures suffered. We need to think about serious steps forward to combatting that,” he said.

The exhibit will be open this Saturday and run through early September. Admission to the museum is free, but this exhibit will cost $10 for adults and $6 for kids. Click here for tickets.