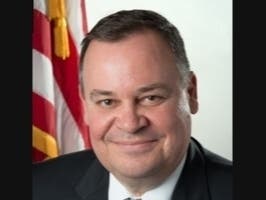 NATICK, MA – Jim Caimano, a 23-year veteran of the Federal Bureau of Investigation, is joining the Natick Public Schools as its first director of safety and security, Superintendent Dr. Anna P. Nolin and Chief of Police Jim Hicks announced Friday.

Caimano will serve as a connection between NPS and the Natick Police Department, Town of Natick Facilities Department, and Town of Natick Technology Services to coordinate emergency management planning throughout the school system and its partners and ensure the safety and security of all NPS campuses.

“Jim’s expertise provides NPS and the Town of Natick with a wealth of knowledge to benefit our collective safety and security needs,” Nolin said. “We’re grateful to our town partners for working with us throughout this process, and continuing our tight partnership in service to security across the town. We look forward to Jim contributing to a safe, secure, disruptive-free learning environment for all who work at, attend or visit NPS and our town buildings.”

Caimano has been a special agent in the FBI’s Boston office since 2018 and is responsible for conducting sensitive criminal investigations involving public corruption, cybersecurity threats, international fraud, and white-collar crimes. Before joining the FBI’s Boston office, Caimano was a Supervisory Special Agent in Albany, N.Y., managing domestic and international terrorism investigations for the Joint Terrorism Task Force in upstate New York. He also served as unit chief in the FBI’s Human Resources Division in Washington, D.C.

He was recognized by former U.S. Attorney Andrew E. Lelling for demonstrating excellence in an investigation for his work on the September 2018 gas explosions in Merrimack Valley that resulted in the largest criminal fine ever imposed under the Pipeline Safety Act.

Before joining the FBI, he spent 12 years with the Hillsborough County Sheriff’s Department in Tampa, Fla., where he worked crimes against children to include missing and exploited children.

Caimano earned a Bachelor of Science degree in criminology from the University of Tampa.