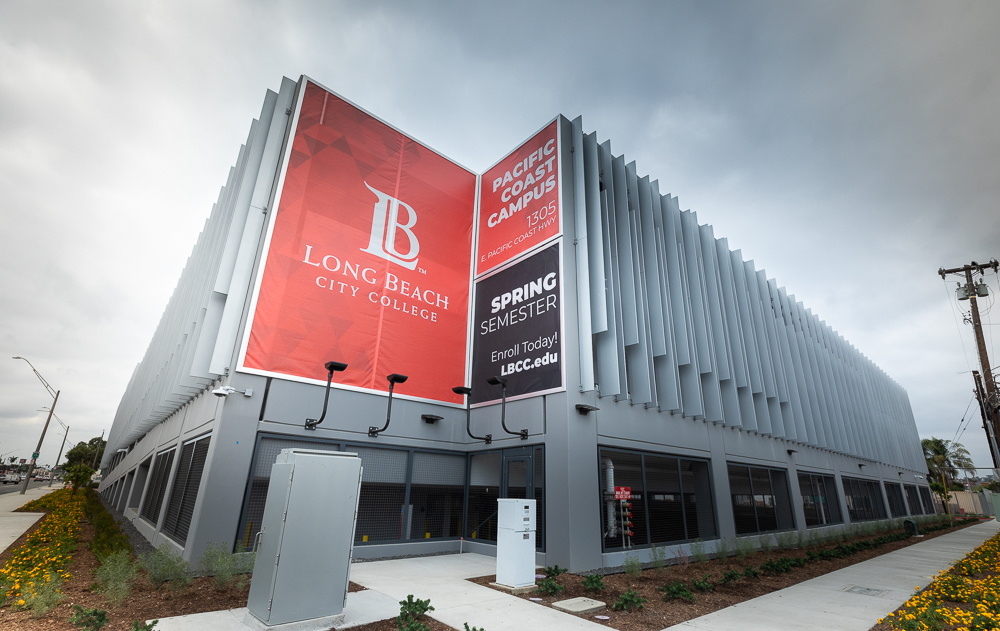 Two adjunct professors at the Long Beach Community College District filed a class-action lawsuit on Monday, alleging the district illegally forced them to do unpaid work outside of the classroom such as grading, class preparation and meeting with students.

Filed in Los Angeles County Superior Court, the suit claims the district violated California’s minimum wage laws and demands back pay for lost wages and pay for the work going forward. If a judge allows the suit to proceed as a class action, more than 600 part-time instructors in the district could be involved.

The outcome could have statewide repercussions, advocates say.

Adjuncts are “compensated based on their classroom hours worked, even though the district knows that these faculty members necessarily spend substantial additional time working outside the classroom in connection with teaching their assigned classes,” the suit states. “Although this outside-the-classroom work is essential to teaching their classes effectively, and the district knows and indeed expects part-time faculty members to perform this additional work, part-time hourly instructional faculty members are not paid for their out-of-classroom time.”

District officials declined to comment, citing the pending nature of the litigation. State Community College Chancellor Eloy Oakley’s staff did not immediately respond to a request for comment. He is a former Long Beach district president.

The suit addresses long-smoldering issues about the nature of part-time academic work at the state’s 72 local community college districts and could have statewide impact, lawyers and advocates said. Prior to the pandemic cutting into their ranks, adjuncts taught nearly half of the community college systems classes. At 35 districts, they made up 70% or more of all faculty, community college data shows. At only two districts did full-time professors outnumber them.

The suit “could be a sea change” for part-timers, Eileen Goldsmith, a San Francisco lawyer representing the plaintiffs, said at a press conference held by the California Teachers Association on Monday. It is supporting the plaintiffs, Long Beach City College adjunct art history adjuncts Seijs Rohkea and Karen Roberts.

“Adjunct instructors at community colleges have the same qualifications as their full-time colleagues and need to be paid accordingly. They should not be expected to perform the same required work for free,” said Roberts, who has taught in the district for more than 20 years.

Rohkea said the district pays adjuncts for only 38 minutes of office time per week, which isn’t enough to address student needs. Additional work is done “for free because we are dedicated to our students.”

While they make up the backbone of the community college system, adjuncts often struggle financially and say they are essentially gig workers with little job security. Basically limited to teaching no more than three classes a semester in a given district, many work in multiple districts to cobble together something akin to a full-time job.

At 41 districts where EdSource was able to analyze salary data from 2020 released under the state Public Records Act, adjuncts grossed an average of less than $20,000.

An EdSource investigation published in February showed adjuncts across the state complaining about working unpaid hours similar to the allegations in the Long Beach suit.

“Office hours are actually instruction. You’re doing the work of an instructor,” Heidie Ahders, president of the part-time faculty union at the Mendocino Community College District, told EdSource for the series. “You feel like you have to help your student because you’re a teacher whether you’re paid or not.”  Not paying adjuncts for office time is “kind of a slap in the face.”

The head of a state-wide adjuncts group praised the litigation.

“It’s about time,” John Martin, president of the California Part-Time Faculty Association, an advocacy group that is not part of the litigation, said shortly after the suit was announced. “This was the most exciting day of my life as a part-time (faculty) activist. No longer can they ignore us and our issues.”

Legislation that is scheduled for a hearing in Sacramento on Tuesday could also aid part-time faculty.