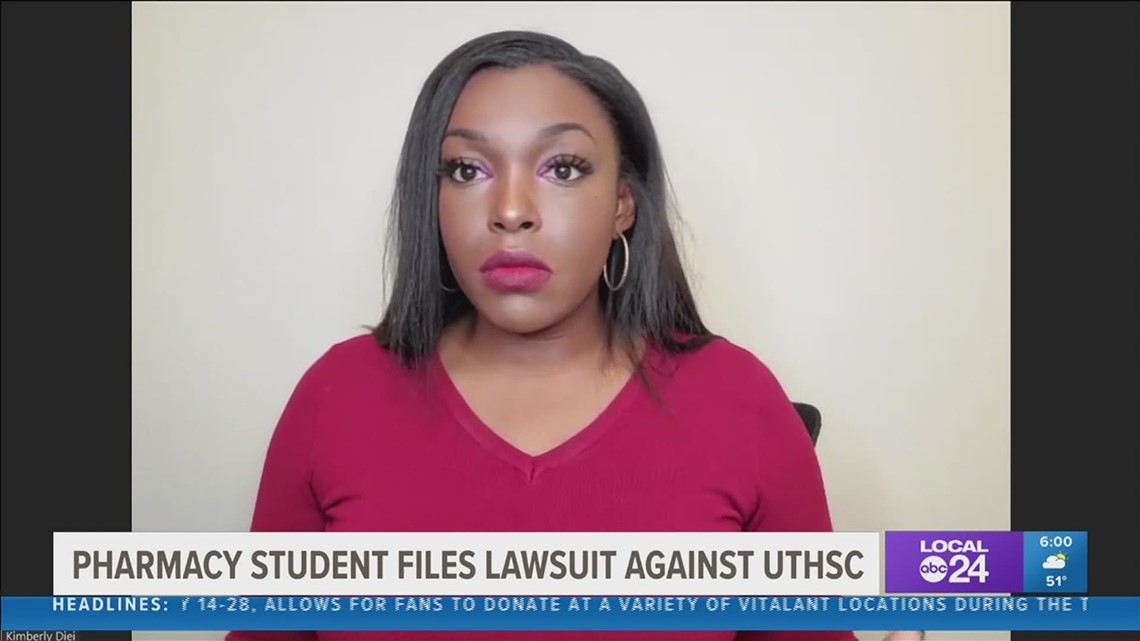 The freedom of speech lawsuit claims UTHSC said the posts were too crude and sexual. MEMPHIS, Tenn. — Social media posts are at the center of a lawsuit a student filed against the University of Tennessee Health Science Center.  The pharmacy student  filed a first amendment lawsuit against the school, claiming she was expelled due to […]

The freedom of speech lawsuit claims UTHSC said the posts were too crude and sexual.

MEMPHIS, Tenn. — Social media posts are at the center of a lawsuit a student filed against the University of Tennessee Health Science Center.

The pharmacy student  filed a first amendment lawsuit against the school, claiming she was expelled due to posts on her personal Instagram and Twitter accounts that were allegedly too crude or sexual.

“I don’t know how they found my social media. They had to go searching for it,” said Kimberly Diei.

Kimberly Diei is mad. On social media, she doesn’t use her name, she uses an alias, and nothing identifies her as a UT pharmacy student. Despite that, according to this lawsuit, Diei has not once, but twice, been reprimanded by the school for her social media posts.

“It’s ridiculous. I’ve done nothing wrong. I’ve shown nothing but the upmost respect to my classmates and to the institution,” said Diei.

Diei has almost 20,000 Instagram followers. According to the lawsuit, the first time the school’s professional conduct committee took issue with one of her social media posts, she was reprimanded. She was expelled after the second alleged violation, though it was reversed on appeal. The second violation was supposedly connected to her quoting a Cardi B song.

“She was quoting the Cardi B song WAP, and that song had been streamed 93 million times the week she was commenting on it,” said Greg Greubel, Diei’s Lawyer.

I won’t be dimming my light so you can shine. You better let my glow illuminate you sweetie 😘 pic.twitter.com/Orx3xvWaNu

Greg Greubel is a lawyer with the Foundation for Individual Rights in Education, and representing Diei.

“The University of Tennessee – they went after her. They proactively tried to find her and apparently were monitoring her social media for over a year,” Greubel.

Gruebel said because UTHSC is a public university, her freedom of speech and expression is protected.

“It was never stated to me what the actual issue was – what I actually did or might have said in the tweets that was so offensive. It was just presented to me and said this was inappropriate,” said Diei.

Diei said there have been claims her posts are too sexual or crude.

“Black women especially, things we do are taken as unprofessional, too sexual, all because of our body type, our genetic makeup,” said Diei.

“If you are talking sex on social media, apparently that disqualifies you from getting your degree in pharmacy. I’ve never asked my pharmacist to check out their Instagram before I get my pills,” said Greubel.

Diei filed the lawsuit because she wants what she calls harassment to stop. She just wants to be able to finish school and become a pharmacist.

“I want to make to make sure I finish in peace and there is not a yearly event disrupting my sanity, pretty much,” said Diei.