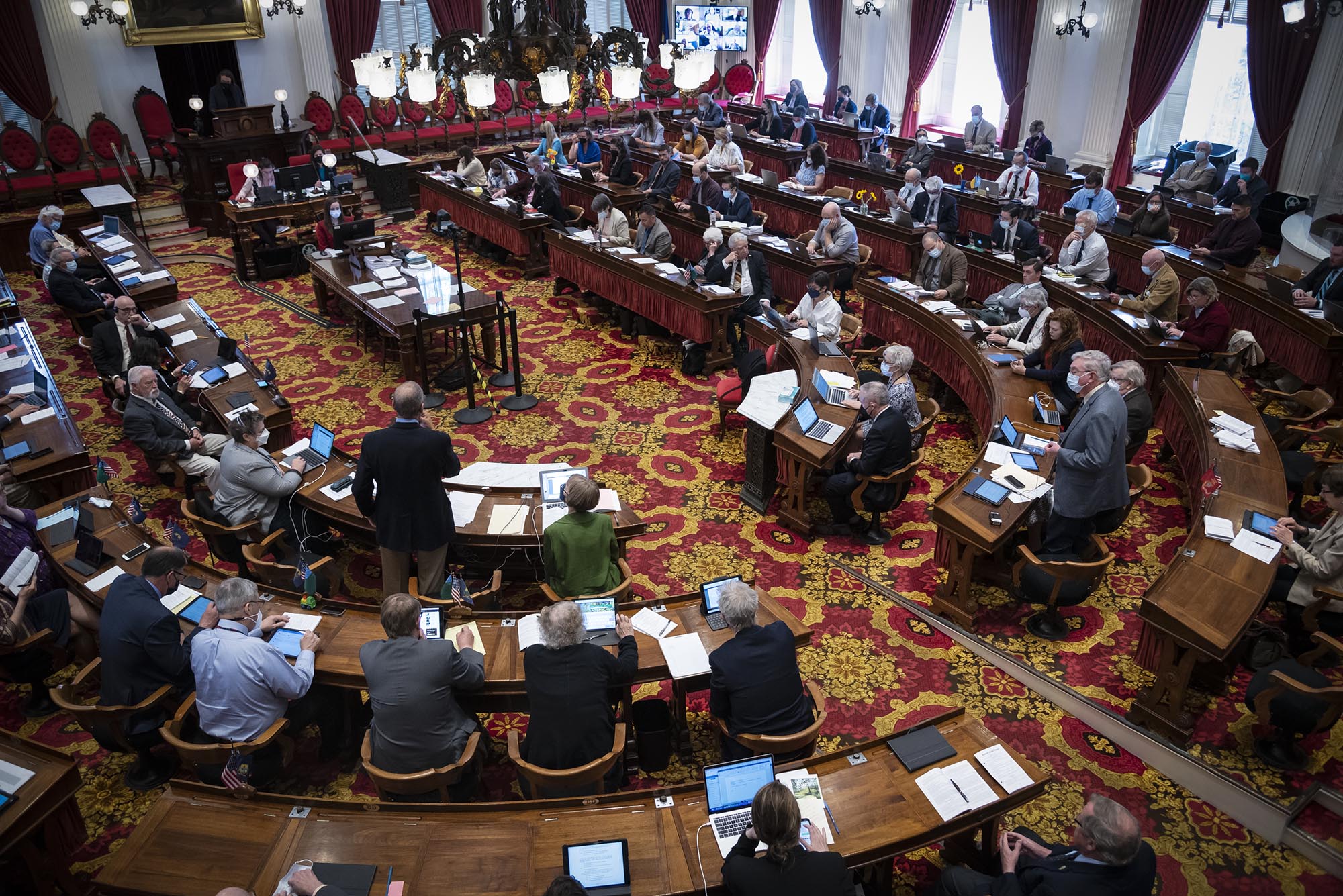 
Lawmakers have reached a final agreement on how to use a $95 million surplus in the state’s education fund, following much back-and-forth over competing priorities for the unexpected money.

In past weeks, individual bills have sliced off tens of millions of dollars from that surplus to pay for school meals, retirement benefits for public employees and career and technical education. But lawmakers have haggled over the rest of the cash.

An agreement materialized Wednesday evening, when a committee of House and Senate lawmakers reached a deal to spend roughly equal amounts paying for toxic chemical cleanup and buying down education tax rates.

Both chambers passed the bill, H.737, on Thursday, sending it to Gov. Phil Scott’s desk.

This session’s annual “yield bill,” which sets the upcoming year’s education tax rates, includes a one-time expenditure of $22 million to clean up polychlorinated biphenyls (PCBs) in school buildings. It will use another $20 million to buy down school taxes.

Average education property tax rates will drop roughly 14 cents in the coming year, according to Sen. Ann Cummings, D-Washington, the chair of the Senate Committee on Education.

Most Vermonters—those who make below a certain income threshold—pay property taxes based on their household income. That rate would drop from the current 2.50% to 2.32% in the upcoming fiscal year.

“We don’t like roller coasters,” Cummings told colleagues on the floor Thursday morning, explaining lawmakers’ desire to buy down tax rates. “We like as much stability in tax rates as we can get.”

State officials have known about the education fund surplus, a windfall caused by unexpectedly bountiful tax revenues, since December.

But lawmakers disagreed on how that money should be used, proposing a series of competing priorities, including free school meals, toxic chemical cleanup and career and technical education.

Earlier this month, lawmakers passed a bill to use $29 million to pay for a one-year pilot program of universal breakfast and lunch for Vermont schoolchildren.

A pension reform bill would pull roughly $15 million from the education fund for retiree benefits, although another $8 million in savings would offset that expenditure.

On Tuesday, a committee of conference hashed out a workforce and economic development bill that included another $15 million from the fund for a career and technical education program.

Senators also hoped for another $712,500 in Education fund spending to bolster the state’s education workforce, as part of a bill on miscellaneous changes to education laws.

As the session entered its final days, lawmakers worked overtime to come to an agreement on the remaining money.

On the Senate side, lawmakers pushed for millions of dollars to clean up polychlorinated biphenyls, better known as PCBs — toxic chemicals that were used in building materials during the mid-20th century.

The state Department of Environmental Conservation is ramping up a PCB testing program in schools across the state, and local education officials have urged lawmakers to set cash aside to clean up those chemicals.

But House lawmakers have pushed for funds to buy down property taxes in the upcoming fiscal year — a provision also favored by Gov. Phil Scott.

“I don’t think we’re unwilling to do PCBs and they’re not unwilling to do tax rates,” Rep. Janet Ancel, D-Calais, the chair of the House Ways and Means Committee, said Wednesday afternoon. “It’s a cliffhanger only because we’re really trying to adjourn the session. But I think the conversations are very constructive, and I think we’ll work things out.”

By Wednesday evening, legislators had reached an agreement.

If revenue projections hold, the education fund could have a few million dollars left over at the end of the fiscal year, Cummings said. And if Scott shoots down any of the expenditures — such as the $29 million for universal school meals, which he has previously expressed skepticism about — that could mean a larger pot of money would be carried forward.

Gov. Phil Scott “has not made a final decision on the bill yet,” Jason Maulucci, a spokesperson for the governor, said in an email. “He would have preferred much more tax relief for Vermonters, as he proposed, especially given increasing costs people are facing. However, we are grateful to see (lawmakers) restore some tax relief, which the Senate appeared poised to significantly reduce.”

The bill also includes provisions for how any leftover cash should be used: the first $10 million in cash being carried over would remain “unreserved and undesignated,” meaning it can be used as a cushion for the upcoming year. The next $10 million will go towards more PCB cleanup, and any more than that would be carried forward into next fiscal year’s education fund.

Another $2.5 million from the fund could be available for emergencies in case of a “significant health threat based on the concentration and location of PCBs in schools.”

If you want to keep tabs on Vermont’s education news, sign up here to get a weekly email with all of VTDigger’s reporting on higher education, early childhood programs and K-12 education policy.

Did you know VTDigger is a nonprofit?

Our journalism is made possible by member donations. If you value what we do, please contribute and help keep this vital resource accessible to all.