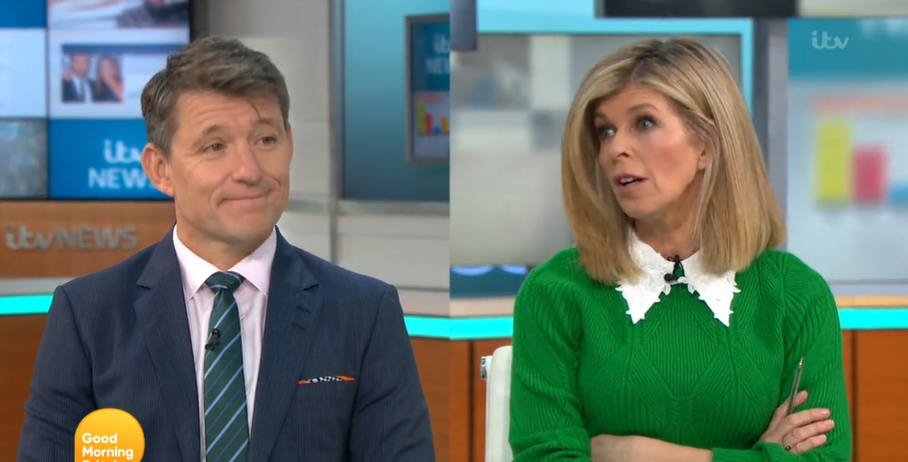 Kate has been forced to homeschool her kids on her own as her husband Derek Draper continues to recover in hospital following his coronavirus battle.

She said: “We have made it to Friday, a collective sigh of relief to anybody who is locked into the torture of homeschooling.

“First time round, I was somewhat distracted at the time, and a lot of people felt quite nice, the sun was shining, we though, ‘Great, time with the children, let’s see what those teachers are doing’.

“And very quickly realised how brilliant teachers are, and this time around it’s a real struggle isn’t it?”

Ben agreed, saying: “I think it’s really hard this time because of the weather particularly, and the kids just get back to school and be with their friends.”

Kate said: “They want to see other kids don’t they, and it feels like here we go again.”

The star has been keeping a brave face after being told she won’t be able to see Derek until after lockdown as hospitals closed their doors to visitors.

She told GMB viewers that she had been able to take her two children, Darcey and Billy, to see their seriously ill dad for the first time at Christmas.

Speaking on last Thursday’s GMB, Kate said: “Instantly, I’m now I’m in a position where even I can’t visit. I’ve not been able to see him.

“We’re back into lockdown and no visits at all, which I hope doesn’t continue for the whole of lockdown, as I think that will be very impactful.”

Derek has lost eight stone and Kate admitted her sadness at the children seeing how much he has changed.

Inside Sean Connery’s Riviera mansion as asking price is halved to £13.3million

She said: “I knew it was going to be tough. There was a lovely moment which we did have over the period, we got to see Derek and the children did, which was the first time they were able to do that.

“And of course it was very heightened with emotion because he has so changed. It kind of amplified how very sad it was and how different it is.”