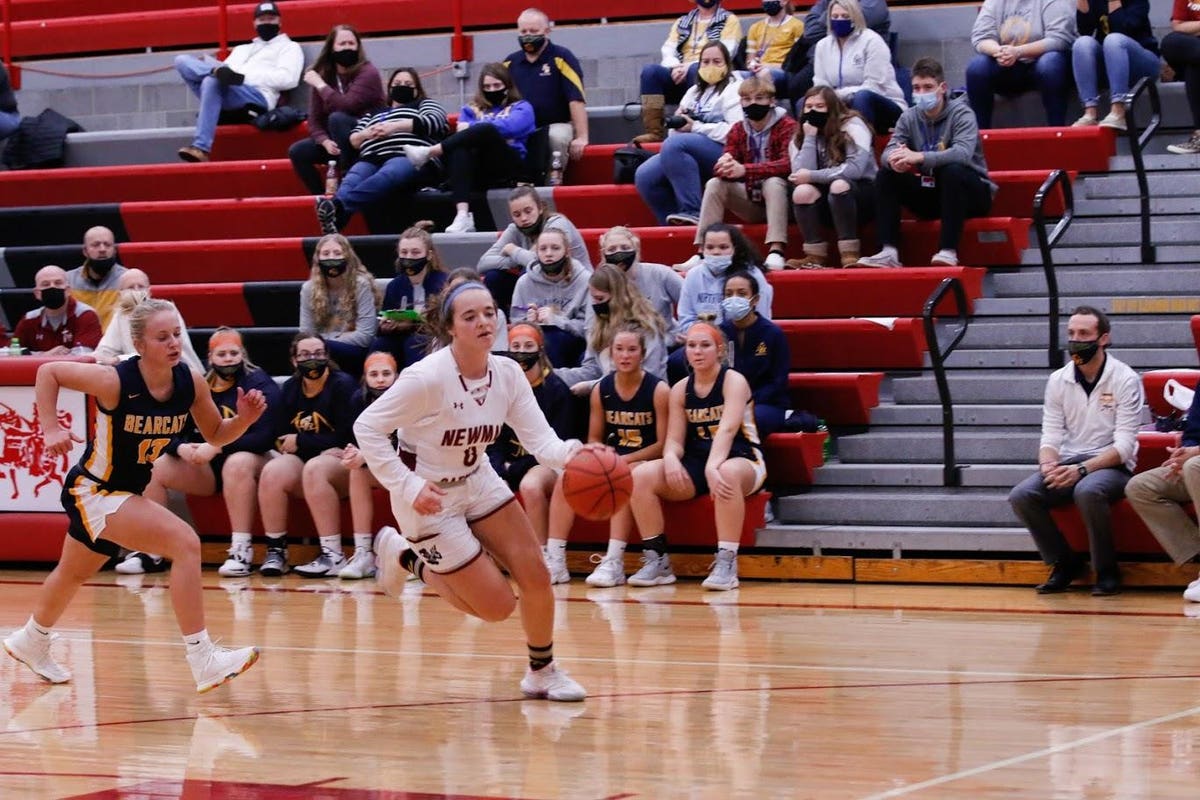 This past fall, Megan Studer read about an initiative from Facebook
she thought could help her employer from a social and financial perspective.

Studer is the communications and enrollment coordinator at Newman Catholic School in Mason City, Iowa, about 115 miles north of Des Moines. As such, her responsibilities include promoting the school and keeping students, teachers and alumni informed of what’s going on, including with the athletics department, which has faced challenges due to the coronavirus pandemic.

As a private school, Newman Catholic, which has about 150 high school students, does not receive funding from the state or town, so it must foot the bill on its own. The school has a reliable and generous boosters program and typically generates revenue through ticket sales and concessions stand sales at its sporting events. But local and state officials have limited the number of people who can attend games to abide by social distancing protocols, which has led to a significant decrease in game-related revenue. That caused Newman Catholic to decrease the athletic department’s typical $97,000 annual operating budget by about $25,000.

So Studer was intrigued when she discovered the Paid Online Events feature that Facebook launched in August. Paid Online Events allows schools, businesses, creative types and media companies to earn money through streaming online events on Facebook. Those entities charge users a one-time fee for accessing the events and collect payments via Facebook, which has waived collecting any fees of its own until at least August 2021.

“It looked like a good platform for us,” Studer said. “We already had a lot of our fans following us (on Facebook).”

Since the fall, Newman Catholic has streamed 15 home volleyball and basketball games and wrestling matches, charging $5.99 per event. The school has had up to 100 people watch at a time, helping it recoup some of the money it would have made if there were no in-person attendance restrictions.

“Just like any business out there, it’s been extremely hard with the pandemic,” said Alex Bohls, Newman Catholic’s athletics director. “We’re always trying to find new and creative ways to raise money and improve our revenue. We’ve found this very rewarding.”

Facebook would not disclose the number of sporting events it has hosted using the Paid Online Events feature, but a source indicated it was in the hundreds.

Still, high schools do not have to charge for their events and can use Facebook Live, which has become a popular free option during the pandemic as people cannot attend games. They are also using YouTube, Zoom and other platforms as alternative streaming options and partnering with media organizations to help expand their audience.

The NFHS Network, the largest high school streaming platform that launched in August 2013, has seen a 44.6% increase in the number of events it’s streamed during the 2020-21 school year as well as a 134.2% increase in the total views for those events. In addition, the number of subscribers who pay $69.99 per year or $10.99 per month has more than doubled.

The Network is a joint venture between the National Federation of State High School Associations, the governing body for high school sports and activities in the U.S., and PlayOn! Sports, a high school sports streaming company based in Atlanta. PlayOn! spun off from Turner Sports in 2008 and raised $25 million in December 2019 through a Series B funding round led by BIP Capital, a venture capital firm.

The Network expects to stream more than 225,000 events from 27 sports during the 2020-21 school year and work with more than 10,000 of the 19,500 high schools in the U.S. It partners with Pixellot, a manufacturer of automated video cameras that are installed on top of press boxes and in gymnasiums, so that high schools do not have to get their own equipment and produce and staff each game.

Since July, as a way to help schools that have been hurting financially, the Network has provided schools two free Pixellot cameras to use for five years. It has also increased the share of revenue that schools receive for subscriptions. Schools generate money through any advertising that is shown on regular season broadcasts, as well.

“We can’t wait for the opportunity for schools to be able to fill their stands again,” said Mark Koski, NFHS’s chief marketing officer. “That’s what high school is all about, when the student body comes together and they’re having a great time. But we sure are happy we’ve had this in place so the fans that cannot make it to the games are part of the action.”

While the NFHS Network is the dominant force in high school streaming, there are dozens of smaller companies across the country that work with high schools.

Crossover Radio, an online radio station based in Oklahoma, had been using Facebook Live for talk shows, broadcasts of coaching shows and high school football games for the past three years. Jeremy Coleman, Crossover Radio’s founder, said the company primarily relies on advertising revenue from local small businesses, which have been hurting since the pandemic and couldn’t spend much on advertising.

Coleman decided to use Facebook’s Paid Online Events as a way to make some money for itself as well as the schools. Crossover Radio broadcast football games last fall for Bethany High School in Bethany, Okla., and Putnam City High School in Oklahoma City, charged $4.99 apiece and split the revenue 50-50 with the schools. The games typically attracted 50 to 100 viewers. Crossover Radio is currently using Paid Online Events for basketball games and may broadcast baseball and softball games, too.

“It made perfect sense for us because we used Facebook so much anyway,” Coleman said. “We say we’re like hometown radio in the 21st century with the power of apps and smartphones, but we still want to give people that localized experience. Facebook is really good at building community and letting people connect.”

Coleman recalled one of the highlights of the football season was when he received a message from a grandmother in Connecticut who tuned into a broadcast.

“She said I’ve never got to watch my grandson play,” Coleman said.

ITG Next, a Valdosta, Ga., media company, is also using Paid Online Events to help recoup some of the revenue it’s lost since the pandemic. The company, which was founded in 2007 as a print high school sports magazine covering the Southeast region, shifted a few years later to become primarily a digital platform with online newsletters, podcasts and videos.

Two years ago, ITG began broadcasting games using Facebook. It didn’t charge any fees but did generate money through sponsorships. Before the pandemic hit, ITG planned on showing three games each week, one in Georgia and two in Florida. Instead, the company only broadcast the games for Lee County High School in Leesburg, Ga., and used the Paid Online Events feature instead of the free stream.

Mark Dykes, ITG’s founder and chief executive, said there were no local restrictions in Georgia on who could attend the games, but many older people or those in poor health decided to stay home. Some of those people chose to watch the games online, as did alums of Lee County and its opponents who had moved out of the area. Dykes estimated 200 to 1,000 people streamed the games online, with one of the games generating close to $5,000 in revenue.

Dykes is already looking ahead to the fall. He’s hoping to broadcast four games each week, two in Georgia and one each in Alabama and Florida. ITG will likely use Paid Online Events again, but that hasn’t been finalized.

“It’s a good way to get eyes on our brand,” Dykes said of streaming live games. “There’s other benefits that just the monetary part of it. If we can get people looking at our brand, we feel like they’ll be re-occurring visitors.”