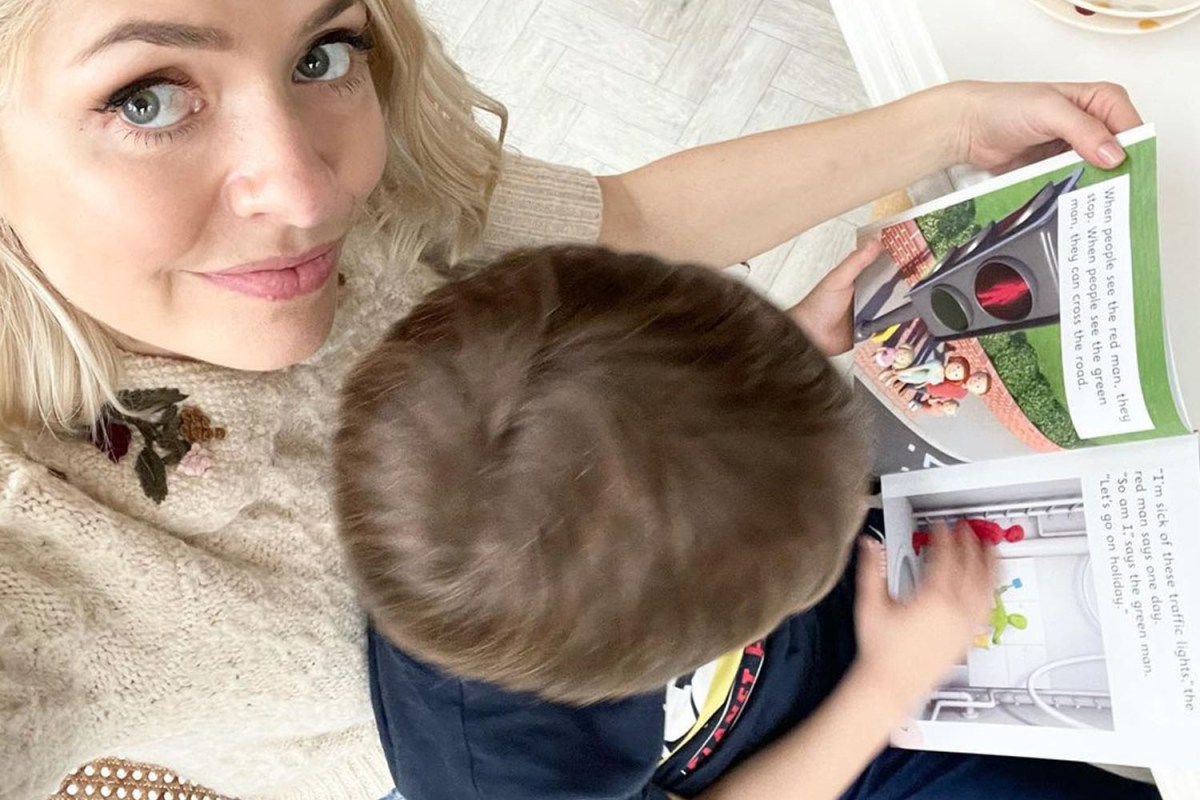 HOLLY Willoughby today shared a sweet rare snap of herself and her six-year-old son Chester.

The busy-mum-of-three is very private about her children, but couldn’t help showing fans this tender moment between the two as she homeschooled him.

Still protecting her child’s privacy, you can just see the top of Chester’s brown hair.

In the sweet snap she can be seen helping her son with his reading.

Along with Chester, Holly is mum to 11-year-old Harry and nine-year-old Belle, who she shares with husband Dan Baldwin.

It comes as Holly has admitted this week she is struggling with homeschooling her three kids.

The This Morning presenter told how she’s “giving up” on enforcing her strict rules about how long Belle, Chester and Harry can spend in front of a screen.

During a phone-in about home-schooling, Holly asked the expert: “Can I ask a question on behalf of a working mum and parent of three who is struggling…?

“My big fear is that we’ve all worked really hard not to put our kids in front of screens.

“Now here I am with three children spending online learning in front of a screen, then when they finish they want to talk to their friends, again on a screen, then they might want to play and that’s on a screen.

“I’m suddenly like, am I just throwing all this out the window and give up holding back the time of screen time.”

Holly admitted last Friday she planned on sleeping through the whole weekend after a draining week of homeschooling.

She had sparked concern after she missed the first two episodes of the ITV show of the year, with co-host Phillip Schofield revealing that it was due to “childcare issues”.

However she proved to be Super Mum as she successfully juggled work and looking after her three children amid the UK’s third national lockdown.

But the busy schedule has clearly taken its toll, with Holly admitting she was exhausted.

Posting a snap as she pouted at the camera with her head in her hand, Holly captioned the post: “Friday… might sleep till Monday…”.

Speaking as she made her This Morning return this week, Holly confessed: “I think we are just about holding on”.