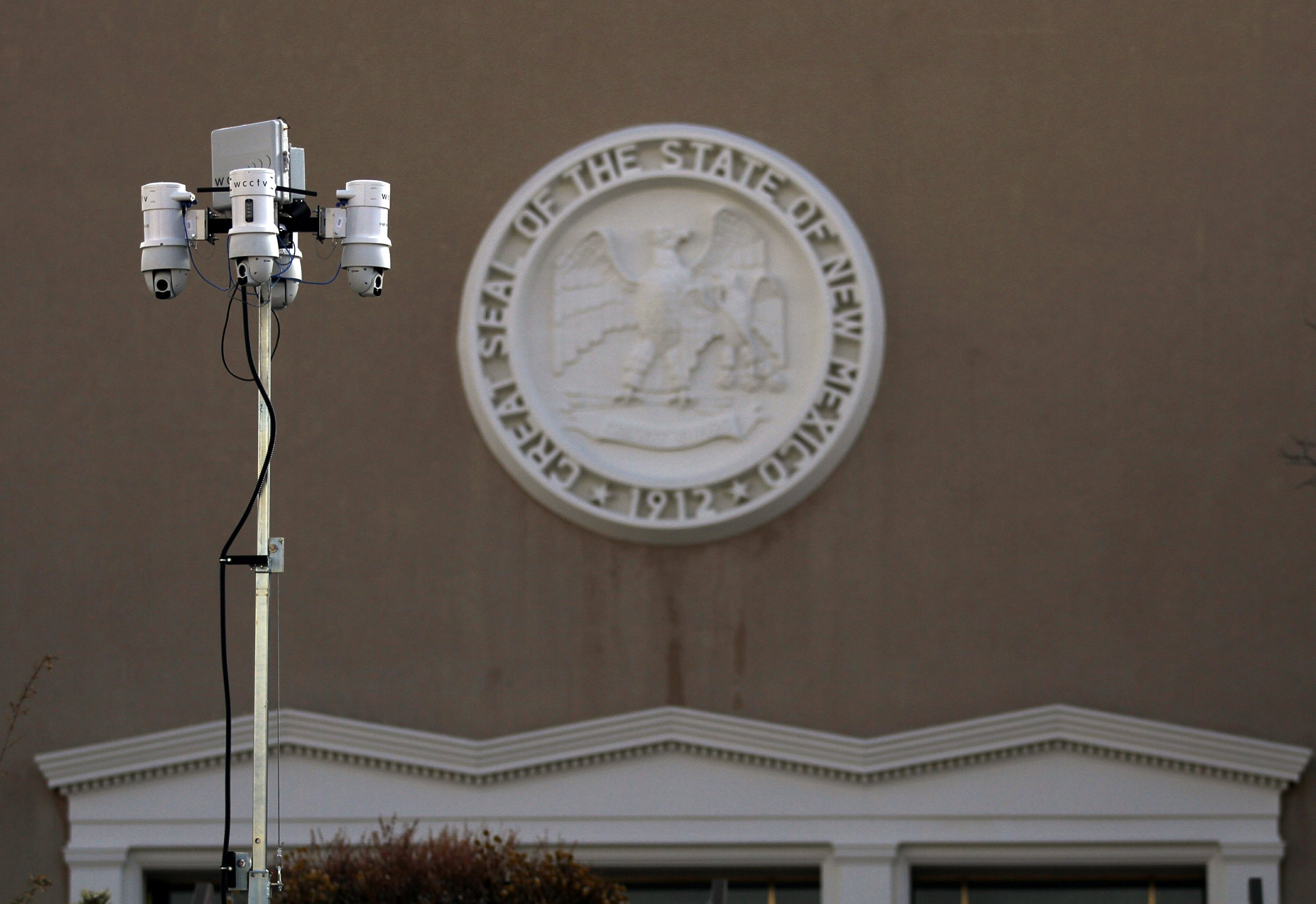 Ordinarily, Lujan Grisham would address a joint session of the Legislature with her Cabinet and the state Supreme Court in attendance. However, her speech was recorded at the state Capitol and transmitted via webcast and Facebook without a live audience as a precaution against the coronavirus.

She made no mention of proposed policing reforms or efforts to overturn the state’s dormant ban on most abortion procedures, but rather focused on the toll the pandemic has taken on the state.

The first-term Democratic governor quoted inaugural poet Amanda Gorman and announced in her own words that “we will stand up, dust ourselves off, and begin again the climb.”

Lujan Grisham says her approach to economic recovery from the pandemic will involve increased state spending and be a departure from the austerity-minded approach of her Republican predecessor, Gov. Susana Martinez.

Lujan Grisham has outlined a $7.3 billion general fund spending plan for the fiscal year starting on July 1, 2021 — an increase of 3.3% that emphasizes economic relief, public education and mental health services.

New Mexico can draw on $2.5 billion in financial reserves as it seeks to sustain vital public services in the midst of severe economic distress brought on by the pandemic and companion public health orders.

The governor urged the legislature to commit half of annual infrastructure spending — about $200 million — to high-speed internet infrastructure as school districts struggle with barriers to online learning, especially in remote, rural areas.

About $40 million in low-interest loans were allotted to small businesses last year in response to the economic downturn.

The governor used the speech to announce that “every school district in the state will be able to welcome all ages of students safely back to the classroom on Feb. 8.”

The vast majority of students statewide are studying online only as a precaution against the spread of COVID-19. Republican and Democratic legislators have introduced legislation that gives school districts greater autonomy to restart in-person learning.

With enrollment plunging at New Mexico’s colleges and universities, the governor renewed her call for “opportunity scholarships” to cover the cost of tuition and fees for in-state undergraduate students.

She says an additional $22 million would allow 30,000 more New Mexico residents to access two years of college without financial strain.

Lujan Grisham renewed her call for legislators to broaden cannabis sales to recreational marijuana to create jobs and boost government income from taxes.

She also is asking the Legislature to steer more money toward local businesses by reforming the state procurement process. Newly proposed legislation backed by the governor and Democratic legislators aims to boost state contracting with businesses owned by women, Native Americans and other minority groups.

The governor is touting the job-creating potential of public investments in companies that monitor greenhouse gas emissions by the oil industry.

Lujan Grisham is promoting a bill that would increase state health care subsidies for families and individuals of moderate incomes earning too much to qualify for Medicaid.

The initiative is aimed at expanding health insurance coverage to an estimated 23,000 residents and reduce insurance premium payments for tens of thousands of additional people, the governor said.

The proposed budget from the executive branch also would increase spending on suicide prevention services.