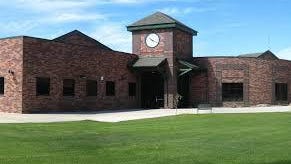 The Fowler School District R4J hosted its monthly school board meeting on Monday at the district office.

There was further discussion about the impact of the COVID-19 pandemic upon the district. Superintendent Alfie Lotrich submitted a pair of variances for the number of people that would allowed in the junior and senior high school gyms. However, both of those variances were rejected.

There was also discussion on the mask mandate. Lotrich had been in contact with Gov. Jared Polis’ office, the state public health department, the state education department and Colorado School Districts Self Insurance Pool concerning athletes with a medical condition. That variance was also denied.

Because spectators are not allowed in the gym, Lotrich said the games will be broadcast. The district has purchased two high definition cameras to live stream the games through the NFHS web site. That allows spectators to watch games without having to pay for them because the district paid for a subscription for all involved. This subscription, however, does not include postseason games.

The final two topics included the state making changes to the COVID-19 dial and the vaccine criteria.

Lotrich presented the preliminary BEST grant proposal for the 2020-21 school year and went into detail about the change of assessed valuation since the bond passed last year.

Secondary principal Russell Bates announced that four Fowler High School students were placed in the virtual state speech meet. He also said that the received Chromebooks have been distributed.

In response to the pandemic, the Future Farmers of America will host an online auction.

The prom will take place tentatively, and Snowcoming will be put on hold pending further information.

It was also reported that several organizations including the Athletic Association, TRAK, FBLA and others that generate revenues from concessions took a hit during the season.

The Outdoor Education program is making videos that will be sold to help funding for its trip this springs. It is anticipated that both the fourth- and fifth-graders will be able to go to Camp Jackson.