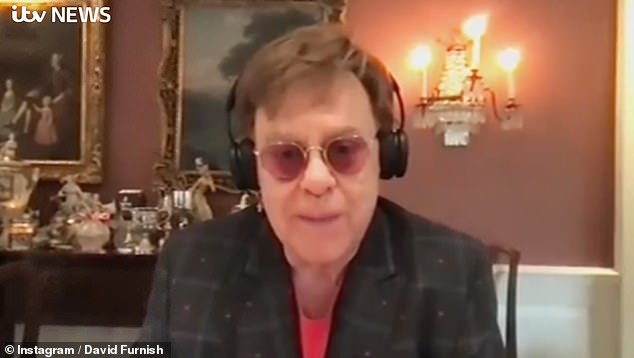 Elton John has given a rare insight into his family life amid the nationwide coronavirus lockdown.

During Wednesday’s ITV News, the music icon, 73, who shares sons Zachary, 10, and Elijah, eight, with husband David Furnish, 58, admitted homeschooling is ‘hard’, but insisted his children have ‘been amazing’ during the global crisis.

The singer told ITV News Arts Editor Nina Nannar during the virtual interview: ‘It’s not easy, we’ve been here since May. […] It’s very hard but they’ve been amazing. Children need to interact with each other.

‘The circumstances are what they are’: Elton John gave a rare insight into his family life amid the nationwide coronavirus lockdown during Wednesday’s ITV News

‘But the circumstances are what they are, I had a very positive call with Oliver this morning.

‘We are in a situation which I hope, is getting better with the vaccinations of people but you just have to pray that the situation gets better because people have been through terrible hardships.’

The composer later touched on the challenges artists are being faced with following Brexit with Secretary of State for Culture, Media and Sport, Oliver Dowden.

Songwriter Elton said: ‘When it comes to art and music and stuff, I have to step up, I have a responsibility to step up and I want to step up, I want the future to be bright for everyone. 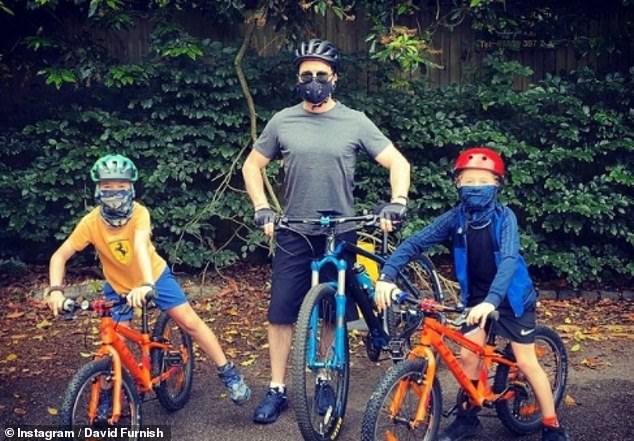 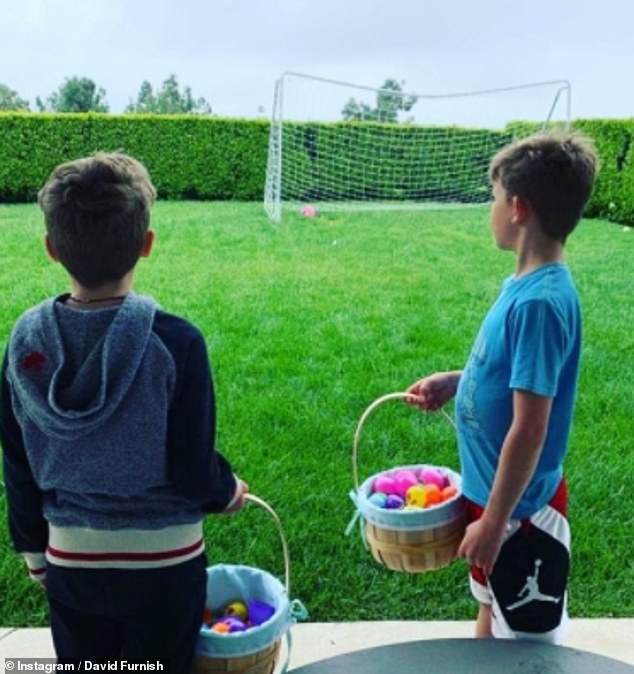 Candid: ‘It’s very hard but they’ve been amazing. Children need to interact with each other’, the optimistic artist enthused (pictured in April 2020)

‘This is about people who are just starting out, making their first record […] all those kind of people who have a very bright future in front of them and they need to be supported otherwise that future will look bleak.

‘It has become what it is and we have to sort this out from now. I have no idea about Brexit negotiations whatsoever.

‘You make a decision to leave the EU, you’re stuck with what the consequences are, you have to deal with them and make sure that they can be improved, and they can be overcome.

‘It was a democratic decision, I didn’t agree with it, but you’re left with the consequences and we have to deal with it, there’s no point in moaning about it now, it’s an irreversible decision and I’m an optimist and you have to be an optimist in the situation.

‘It may be a bit prickly, the situation now because it’s very raw, that doesn’t mean to say it’s not going to improve over the coming months.’

Late last year, former advertising executive David revealed the couple have a ‘one gift rule’ for each other during the festive season.

During an appearance on Loose Women, the Canadian insisted they’ve raised their kids to be ‘grounded’ in life.

He shared: ‘We have a one gift rule because we don’t need anything, we are very blessed in life. 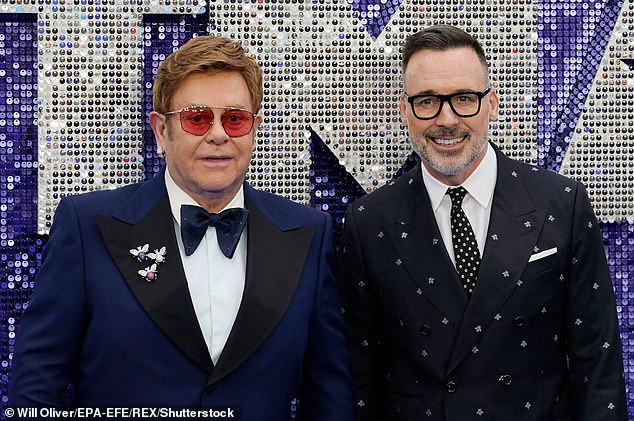 Long-term: The composer and former advertising executive David entered into a civil partnership in 2005 and tied the knot in 2014 (pictured in May 2019)

‘The thing I am most looking forward to is Christmas with our sons, because there is nothing like Christmas with children. All the magic for us with Christmas has just gone off the charts since we had our boys.

‘It is daddy up on stage. They are very proud of him obviously and they love his songs but when he comes home he leaves Elton John behind.

‘It is always very much daddy’s work and that’s what he does but he doesn’t bring it into the household and he doesn’t talk about it in any kind of glorified way. They seem to be quite grounded about it and I hope that continues to last.’

Elton and David entered into a civil partnership in 2005 and tied the knot in 2014 after same-sex marriage became legal in England and Wales in March of that year.