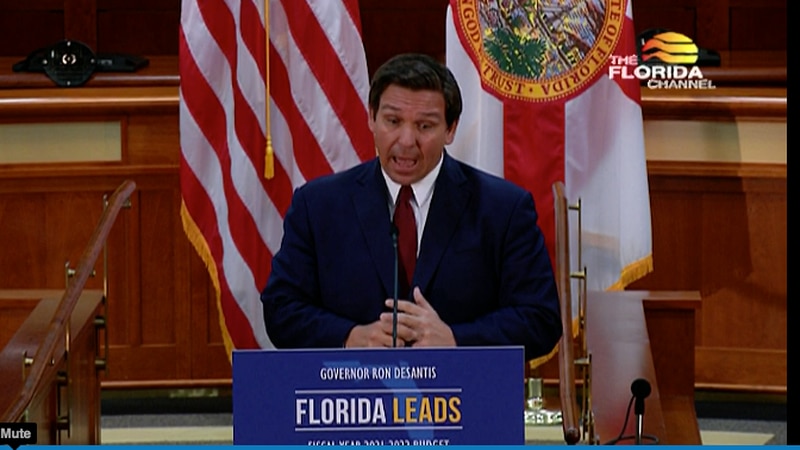 Who says Florida’s education budget will get ‘whacked’? Not Gov. Ron DeSantis, that’s for sure. Despite economic hard times fueled by the coronavirus pandemic, DeSantis pitched an education spending plan that’s bigger than the current one, predicting that even more additional funds will come to further boost programs. State lawmakers welcomed the recommendations, saying they’d give them a good look during committee weeks. Read on for that and other Florida education news.

The governor will need the Legislature’s support to get much of what he wants. He called for $43.5 million in recognition funds for high performing Title I schools, and another $50 million to keep trying to boost teacher pay, among other ideas. More from Gannett.

Lawmakers have their own education priorities. Such as improving early childhood literacy programs. House Speaker Chris Sprowls took steps down that path this week.

Don’t forget free speech. A state senator filed legislation that would require the FHSAA to give schools access to public announcement systems at state competitions to make opening remarks, including prayer, WUSF reports.

More school districts are helping their older teachers get a coronavirus vaccination. The Sarasota County district set up a site for Sunday, the Herald-Tribune reports.

It’s impacting children’s academics, too. Some parents called on the state to cancel spring testing and allow students time to catch up, Spectrum 13 reports.

The virus is taking a toll on school bus drivers. Marion County schools have proposed doubling the pay for substitute drivers to take uncovered routes, the Ocala Star-Banner reports.

The University of South Florida pledged to become a change agent in the midst of last summer’s racial and social unrest. To that end, the school launched a new Center for Justice Research and Policy.

When graduation provides a somber memory. Manatee County’s Lakewood Ranch High will honor three students who died before they could earn a diploma as “Forever Mustangs,” the Bradenton Herald reports. • The Volusia County school district has a new scholarship for graduating seniors headed into teaching, in memory of former superintendent Tom Russell, who died of COVID-19, the Daytona Beach News-Journal reports.

A Lake County deputy used a taser to break up a high school fight. The Sheriff’s Office found the action justified, WKMG reports.

Don’t miss a story. Here’s the link to yesterday’s roundup.

Before you go … In the spirit of literacy week, “Weird Al” Yankovic’s classic from seven years ago. Enjoy.