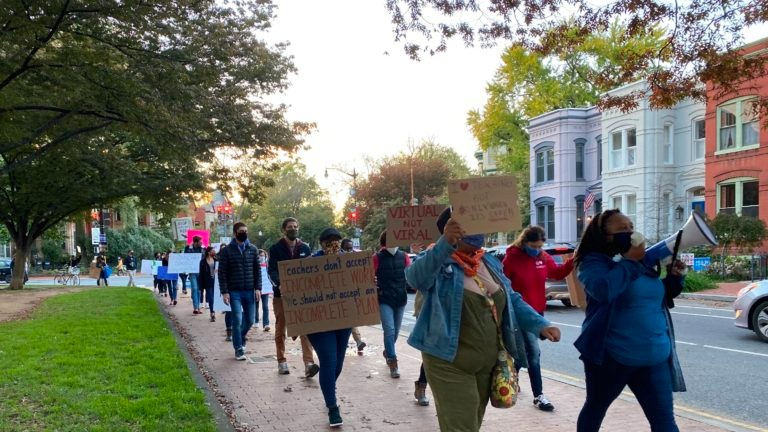 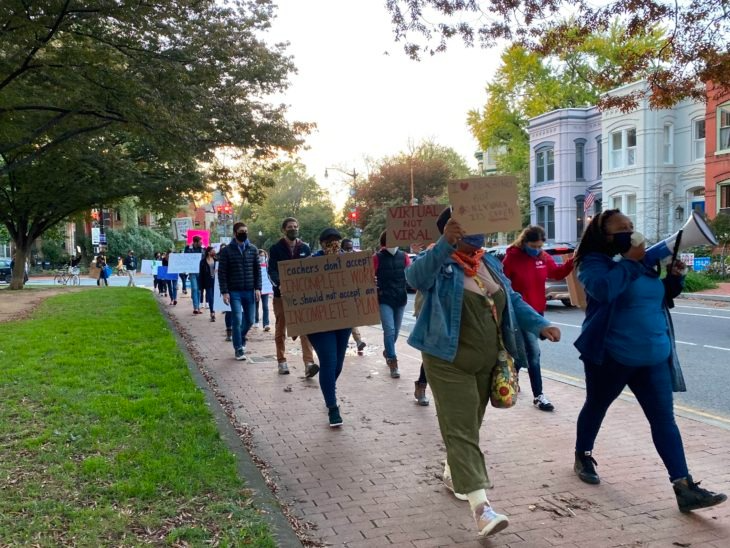 D.C. Public Schools has met most safety criteria to reopen for in-person learning, an arbitrator ruled Saturday night, finding the Washington Teachers’ Union failed to prove many of the violations it alleged in a complaint about the school system.

The decision clears the way for the school system to start welcoming back thousands of students for in-person learning, DCPS Chancellor Lewis D. Ferebee said in a statement. It would mark the broadest return to in-person learning in the District since the coronavirus shuttered campuses nearly a year ago.

Students were scheduled to return to classrooms Monday but snow forced the city to delay the start of in-person learning.

“We were ready to reopen before the Washington Teachers’ Union made this last-minute failed attempt to delay the expansion of in-person learning,” he said. “The science is clear. Schools are safe, and we know the best place for students to learn is in the classroom.”

In an email, teachers union spokesman Joe Weedon noted that the arbitrator, Elliot H. Shaller, determined two schools could not yet reopen. Those schools — Calvin Coolidge High School in Takoma and Watkins Elementary School on Capitol Hill — cannot bring students back to classrooms until demonstrating the buildings are safe to reopen in walkthroughs with school community members.

The school system must also supply the union data indicating the number of students who are learning in person at each campus, information the union says it needs to determine how much staffing is needed.

“Those are not insignificant wins,” Weedon said.

The union, which represents more than 5,000 teachers, alleged the school system violated an agreement the two sides reached over reopening schools. Elizabeth Davis, who leads the alliance of teachers, previously said the school system failed to share data it promised, including information about staffing and building updates needed for reopening.

Davis also argued some school buildings that are scheduled to start welcoming students back for in-person instruction have not met safety criteria to do so.

Under the accord reached between the union and school system in December, both sides can ask the American Arbitration Association to settle disputes that arise from the agreement.

Davis sent an email to Ferebee on Jan. 19, informing him of her decision to seek a ruling from an arbitrator. In the email, she said schools that are scheduled to reopen have not met all the requirements on a “readiness checklist” that was negotiated between the two sides.

Each school must complete all the tasks on the checklist — which includes requirements for HVAC upgrades, personal protective equipment and cleaning procedures — before reopening, according to the agreement. The school system must also conduct building walkthroughs with community members at each campus to show it has met the requirements on the checklist.

“We do not want any of the schools that did not pass a readiness list to open,” Davis said in an interview last week. “This is about safety and it’s also about transparency and trust.”

A hearing on the dispute, which was not open to the public, was held late last week.

The union alleged the school system violated safety mandates at a dozen schools. Shaller found DCPS satisfied the requirements at all but two — Coolidge and Watkins, where school staff said they were not allowed to visit some areas of the schools in building walkthroughs. The school system must complete those walkthroughs within seven days.

Shaller also determined the school system met requirements for updating ventilation systems and for staffing nurses at each school that reopens.

D.C. schools said about 4,200 staff across the city are slated to work in person during the third quarter, including about 2,200 teachers.

As of Friday afternoon, about 8,000 students across all grade levels told DCPS they planned to attend in-person classes, rather than stick with virtual learning. About 51,000 students are enrolled in the school system, which educates more than half of the city’s public schoolchildren.

In-person learning will look different in each classroom. Some elementary school students will receive face-to-face instruction four days a week from the same teacher. Some students will learn from two different teachers on different days. And other students will attend in-person school twice a week, learning virtually the rest of the time.

The halting effort to reopen campuses during the coronavirus pandemic has been met with resistance for months from teachers, who worry about contracting COVID-19 at work and who do not trust school system leaders will provide the resources to keep workers safe.

Plans to welcome thousands of DCPS students back at the start of the second quarter in November were upended after the teachers union lodged a complaint with the city’s Public Employees Relations Board. The board, which mediates labor disputes between government workers and the city, ruled the school system violated city law by failing to collectively bargain with the union.

The school system and union returned to the bargaining table after the ruling, producing the December reopening agreement. The treaty allows DCPS to mandate teachers return in-person, a stipulation that was a sticking point in earlier negotiations.

At the time, Davis said many teachers were worried they would be required to return to school buildings. But she said she decided to move forward with the agreement to secure other protections, including building safety protocols and personal protective equipment for educators.

This story is from DCist.com, the local news website of WAMU.