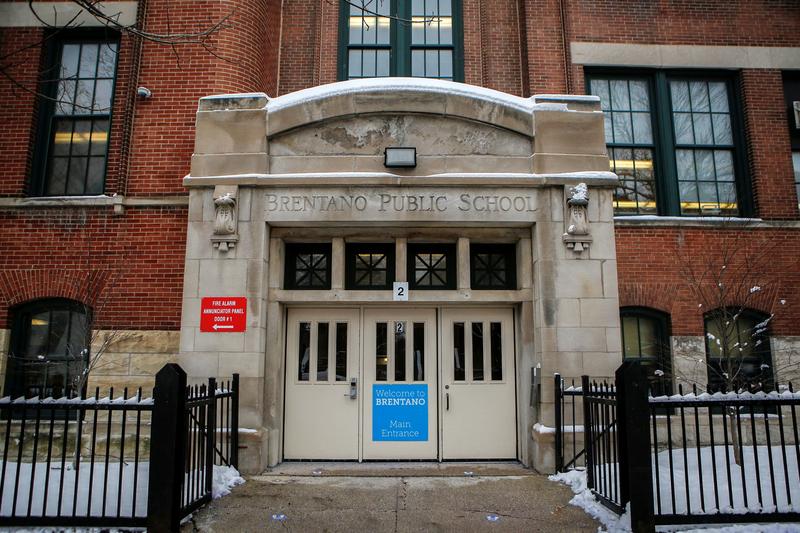 CHICAGO (Reuters) – Chicago Public Schools and the city’s teachers union said progress was made on Monday in talks on a COVID-19 safety plan, putting on hold a threatened confrontation over the district’s plan to resume in-person classes for thousands of students.

Chicago Mayor Lori Lightfoot and Chicago Public Schools Chief Executive Janice Jackson said in a joint statement that the two sides secured an agreement on one issue and made substantial progress on the framework that addresses the remaining issues.

As a result, teachers will not be locked out from their online systems and all students will remain virtual on Tuesday and Wednesday, the statement said.

“We are calling for a 48-hour cooling-off period that will hopefully lead to a final resolution on all open issues,” Lightfoot and Jackson said.

Chicago Teachers Union President Jesse Sharkey said in a statement that progress was made at the bargaining table on a number of the most pressing issues.

“None of this is easy. The uncertainty and risk our educators, our students and our families confront all take a toll,” he said.

The two sides have been at odds for months on teachers’ demands for stronger safety protocols to prevent the spread of the novel coronavirus in classrooms. The dispute came to a head over the weekend when talks stalled between the two sides.

Chicago Public Schools, the country’s third-largest school district, canceled in-person classes for nearly 70,000 students on Monday after teachers threatened to stay away from classrooms until an agreement was reached.

Jackson also ordered more than 13,000 pre-kindergarten, special education, elementary and middle-school teachers and paraprofessionals to report to schools on Monday to prepare classes for later. She also said teachers would be locked out of their remote teaching systems if they failed to report in person without a valid excuse.

The union had threatened to stop working altogether online and in-person, form picket lines and strike if the district retaliated against any members who failed to report to school buildings.

The labor dispute in Chicago comes 15 months after the city’s teachers staged an 11-day strike over overcrowded classrooms, support-staff levels and pay.

In the current dispute, the CTU, which represents the city’s 28,000 public school educators, has been locked in negotiations with the district over a gradual reopening of schools for the system’s 355,000 students.

White House Press Secretary Jen Psaki said during Monday’s press briefing that President Joe Biden “trusts the mayor and the unions to work this out. They are both prioritizing the right things.”

But as of Monday, vaccinations for teachers remained a key issue, and Lightfoot said officials were working to get teachers, particularly those working or living in the hardest-hit areas, inoculated as soon as possible.

The union and district were also in talks on testing for teachers and students, and infection metrics used to decide when to close schools are also on the table. Another sticking point was accommodations for teachers to work remotely if they suffer from or live with people who have medical conditions.

The school district has been instructing students remotely since the pandemic forced it to close school buildings last spring. Some 62,000 elementary and middle-school students signed up to take some of their classes in person starting on Monday.

An additional 5,200 pre-kindergarten and special education students who chose the same option had been taking classes in their schools up until last Tuesday, when the district canceled in-person instruction for them for the rest of the week because of the dispute.

The district has yet to announce when high school students will have the option to return to school buildings.

Reporting by Brendan O’Brien in Chicago; Additional reporting by Susan Heavey in Washington; Editing by Will Dunham and Peter Cooney