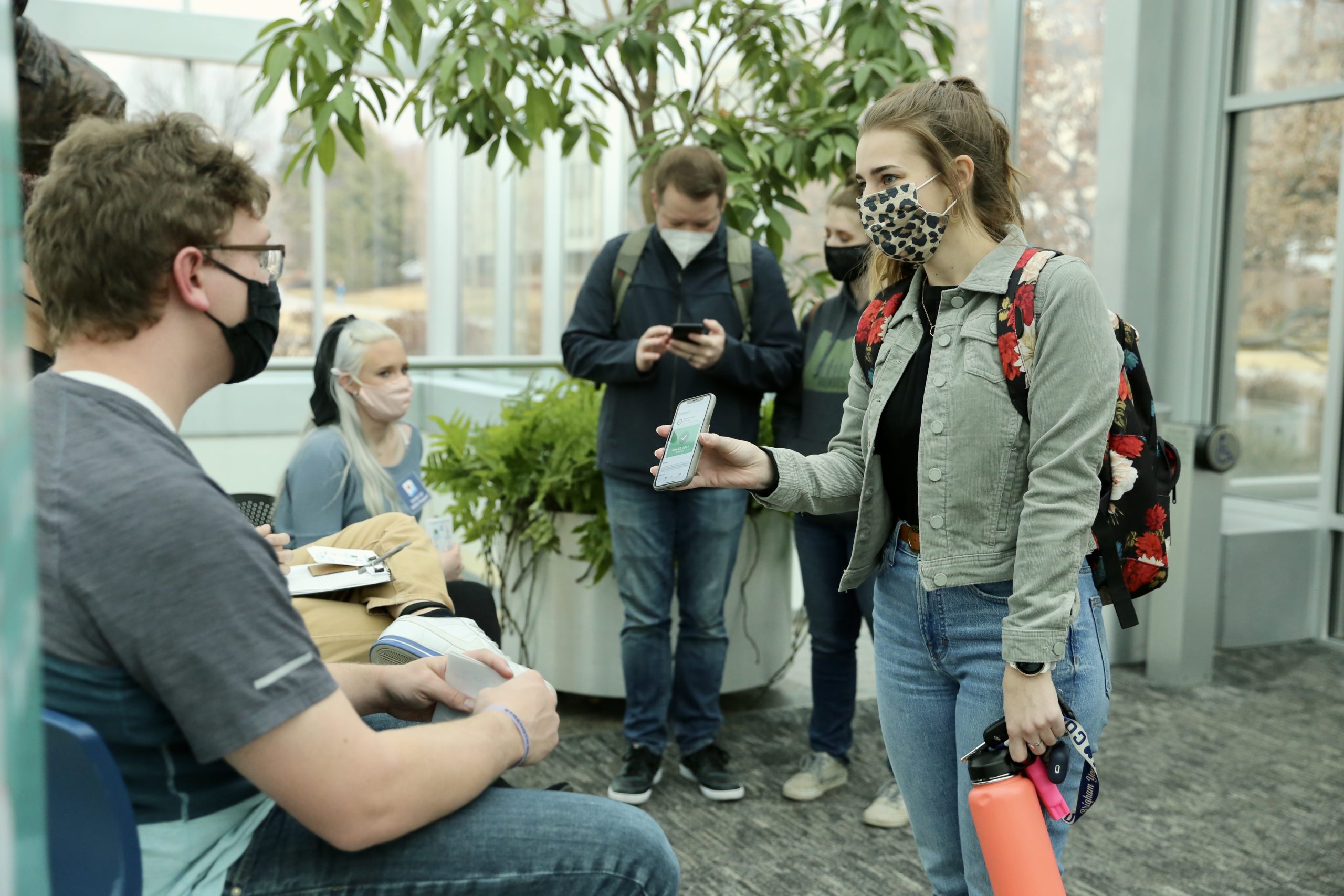 BYU biology professor Jamie Jensen and a team of six students conducted the study by surveying both UVU and BYU students and comparing them to students nationwide. The team found that a large determining factor in whether students comply with COVID-19 guidelines is convenience.

“We noticed there was hardly any literature about college students’ behavior during the pandemic, even though there was a lot of data that was showing that they were contributing to the spread,” said Ethan Tolman, a genetics senior who worked on the study.

The team didn’t know what was preventing students from taking precautionary behaviors, which led them to focus on what their interventions should be. “This study sheds light on the motivating factors behind college student behaviors,” Jensen said.

“Overall, Utah Valley students were more likely to comply with mask-wearing directives from the government, but when they weren’t required, they were less likely to wear masks,” said Jonas Hopper, a biology senior who also worked on the study.

“There is just so much noise out there, it is difficult for anyone not familiar with the science to find accurate and reliable information,” Jensen said, acknowledging that some people tend to disregard the science behind preventative measures because of their lack of information and dependable resources.

Results from the study also revealed that political affiliation or bias did not contribute to people choosing whether or not to abide by protective protocol.

“We have now run three nationwide and regional survey rounds and have found no relationship between political ideology and attitudes toward COVID in any of them,” Jensen said.