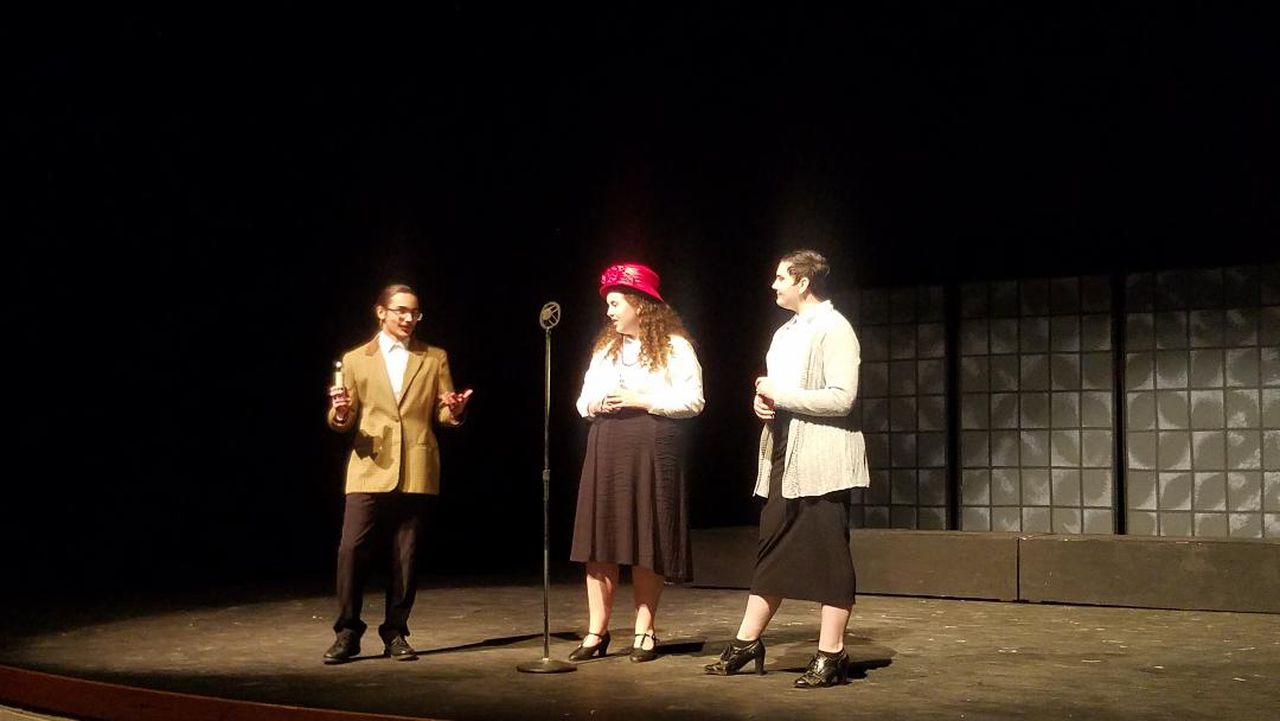 AVON, Ohio — Most people learn about Marie Curie somewhere in their academic studies. In 1898, the Curies discovered a radioactive element — radium. They named it after the Latin word for ray.

The discovery was the beginning of the study of radioactivity, which changed the scientific world.

But few people know of the Radium Girls, who used what everyone thought was a harmless radium paint, sitting all day in factories of the 1920s painting glow-in-the-dark numbers on watch faces.

Preston Postle, drama director and language arts teacher at Avon High School, said his department will be presenting the “Radium Girls” drama, by D.W. Gregory. The virtual performances begin Friday (Feb. 12) and can be viewed at home.

Due to COVID-19, Postle said, the whole concept of staging a high school play has changed. He has been the director of the fall play at Avon High School for the past 29 years.

“Once we had gone virtual last spring, I was wondering what would happen with the fall play this year,” he said. “Sports got a green light, but the arts weren’t so sure. So I had to submit some proposals to the (Lorain County) Board of Health to determine what was safe.”

The play was modified twice due to the board’s suggestions, he said. Rehearsals began in late October, “about a full month later than usual. Normally, three performances would be held before Thanksgiving, so everything was pushed ahead.”

The agreement was to not have a live audience, Postle said.

“‘Radium Girls’ allows streaming due to COVID. Many scripts don’t allow streaming, (as I learned) when I originally wanted to do a Neil Simon play. So, we had to fall back and reassess.”

Luckily, Postle came across the title and learned that it had been performed at a lot of high schools in the last few years.

“It really resonated,” he said, “as it is about a health concern.”

The play is based on a true story.

“The understanding at first back then was that radium cured cancer,” he said. “It was touted as a miracle cure, and companies began selling radium-infused water. (Unknowingly), people drank it and radiated themselves.”

The play is the story of the young girls hired by a corporation to apply glow-in-the-dark paint on watch faces for the World War II effort. And, in order to get a fine point on the paint brush, they put the end of the brush in their mouths to dampen it.

The story goes on to explore actions the girls took when they began to fall ill and how the company, U.S. Radium Corp., tried to cover up the danger.

Postle expressed satisfaction and pride in his students, grades 9-12, who participated in the play.

“I was just happy to do a play that was gratifying and ended up being so meaningful,” he said.

Due to ongoing pandemic limitations, the show will only be available for viewing online. A $10 ticket purchase will allow access to the video of the show for an entire household and for repeated viewings. The video will be ready for access beginning Friday.

For tickets, visit Locallevelevents.com/events/details/13828. Purchasers will receive a link to the play, which was recorded at Avon High School.

Read more from the Sun Sentinel.