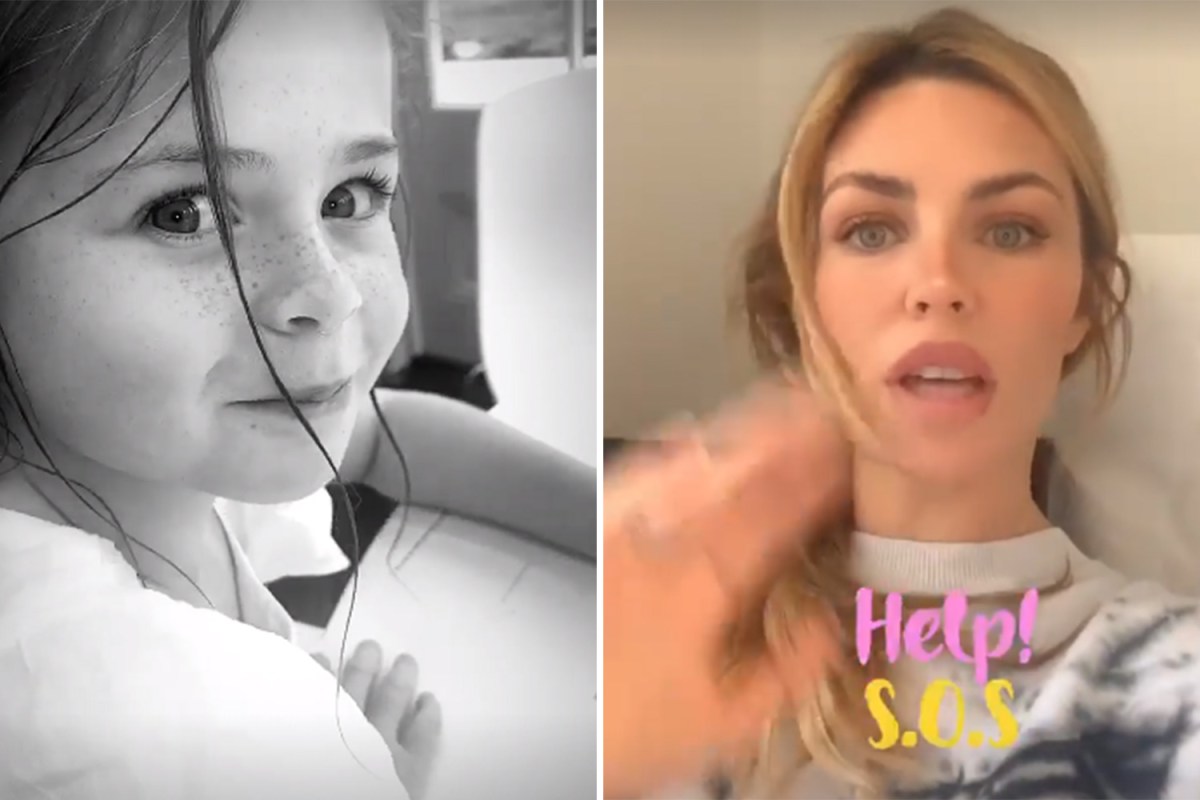 ABBEY Clancy screams at daughter Liberty during homeschooling row as model is pushed to her limit after the five-year-old refused to do her work.

The model, 34, felt the pressure of homeschooling as she wrangled with her daughter to try and do school work.

The star joked she’d need to “open the wine” after Liberty asked to go for a wee for the “eighth” time.

Sat on the sofa, Abbey said: “I’m currently sitting here waiting for my daughter, Liberty, to have her maybe eighth wee of the morning. Anything to get out of schoolwork. Just want to know if anyone’s got any tips for me because it’s not going too well in this house.”

The next video showed Liberty with a snack in her hand as she made her way to the sofa.

When asked what she was doing, her five-year-old said she was going to sit on the sofa.

Abbey said firmly: “You’re not sitting on the coach. You know it’s a school day. Why won’t you do your work for mummy?”

Abbey responded: “I know but you have to.”

However, the final straw was when Liberty said she needed to have a wee again.

When Liberty asked that, Abbey ended up screaming – leaving the daughter a bit stunned to see she pushed her mum to her limits.

Later on, the model found some time for herself – and said she could be moments away from cracking open the wine.

She continued: “I’ve just managed to sneak a couple of minutes away to reply to your messages. Liberty is currently doing a PE lesson, which she’s finding fun.

“Just reading through your messages and a lot of advice including open a bottle of wine!

“I think the first thing is not to put too much pressure on ourselves, it’s a really strange time for everyone.

“The kids must be feeling it too not being in the classroom with their friends and having to learn at home when they’re not used to doing that must be tough on them.

“We just need to take a minute, we’re doing OK, we can do this.”

The star married her footballer husband in 2011.