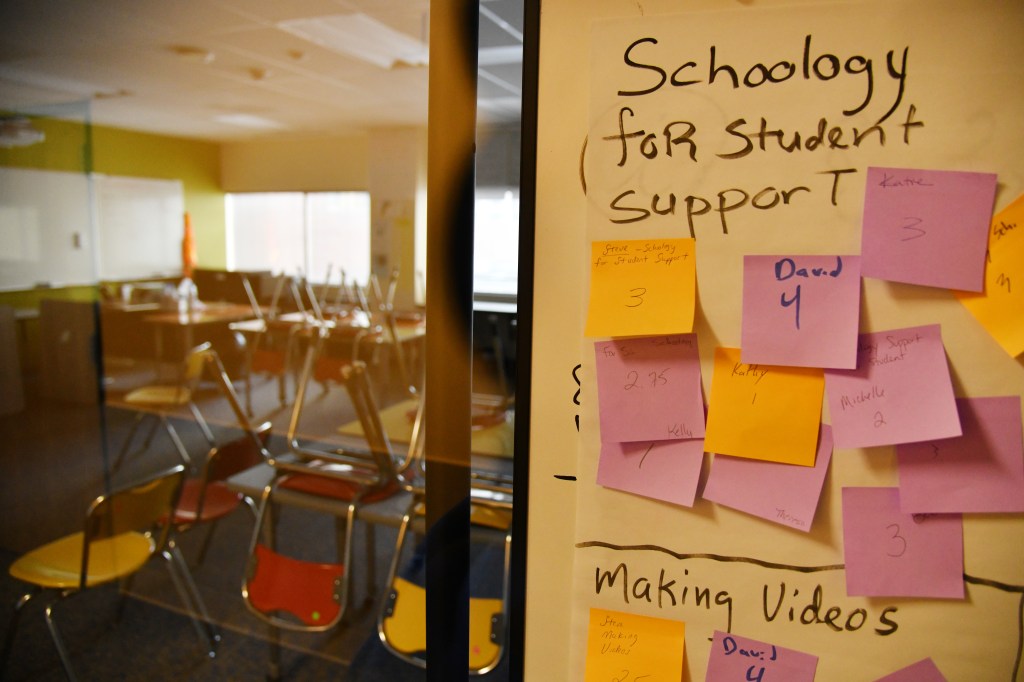 At a time when the mental health of students and school staff ranks among the top concerns for Colorado education leaders, about 39,000 Denver students go to public schools where there are not enough nurses, social workers and psychologists to meet their needs.

According to a recent study published by education research and advocacy organization A+ Colorado, only 1.5% of Denver Public Schools students attend schools that are fully staffed with mental health professionals.

A+ Colorado used DPS data to analyze whether Colorado’s largest district is well equipped to handle the mental health needs of its student body. Researchers looked at documents and district rosters to determine how many nurses, social workers and psychologists are on staff, where they are assigned and if/how they split their time between buildings.

Researchers found about a third of DPS schools (35%) hit the recommended nurses-to-student ratio, while just 15% have the appropriate amount of social workers relative to the size of their student bodies. Sixty percent of schools have enough school-based psychologists to meet student needs, the report said.

Denver Public Schools’ Ellen Kelty, director for student equity and opportunity, and Meredith Fatseas, manager of the department of social work and psychological services, pushed back against some of these conclusions, saying there are gaps in the data.

For example, they said, the report did not include information about the district’s 100-plus counselors who offer career and social-emotional support, its school-based health clinics or its external mental health partners who provide therapy to students in about 80 schools.

DPS also employs social work and psychology interns who provide counseling in some schools, they said. Other positions, such as dean of culture, health technician and restorative approach director, also advance the district’s goals to expand social-emotional learning and mental health support.

Fatseas said DPS’s efforts also go beyond staffing. Every academic year, some schools conduct a social-emotional questionnaire called the Behavior and Emotional Screening System to identify at-risk kids and inform individual leaders about what their students need most. That often translates into decisions about staffing and programming, she said. In fall 2020, 139 schools participated in the screening system.

“We know the best intervention is prevention work,” Fatseas said. “We are one of the largest districts to be screening at this level and this year we have screened over 17,000 students as of October.”

But Fatseas said the ratios also can be misleading.

“In Denver Public Schools, the role of the school social worker and the school psychologist is very interchangeable,” she said. “Breaking that apart is not necessarily accurate to reflect services that kids actually have access to.”

Still, Fatseas and Kelty acknowledged there is room for improvement, especially considering the impacts of the global pandemic and the recent social justice movement. Since voters approved Denver Public Schools’ $32 million mill levy override in November, the district has committed to spending $7 million to hire additional mental health ($3 million) and nursing ($4 million) personnel.

The district made a similar commitment with the mill levy override in 2016, which led to a 94% increase in the number of psychologists and social workers in schools, DPS spokesperson Winna Maclaren said.

“DPS has hired a lot of new staff in those areas over the course of the last few years,” said Eden Morrison, director of research at A+ Colorado, “and I think (the research) indicates that this committed $3 million probably couldn’t have come at a better time.”

A+ Colorado conducted its study in partnership with youth-led advocacy organization Our Turn, but independently of the district. The organizations hope DPS will use the findings to inform how it uses the funds.

A+ Colorado recommended using the bulk of the money earmarked for expanding mental health services to hire counselors and place them in schools with the highest needs, namely high schools and those with the largest populations “since these are the schools that most often failed to provide adequate funding in multiple categories,” the report said.

Morrison said $2.5 million could fund a pilot program and enable about 40 schools to hire a professional dedicated to addressing student mental health needs. The remaining $500,000 should be put toward maintaining DPS’ trauma-inspired practices team, which was created in 2018, A+ Colorado recommended.

The district’s budget advisory committee is considering several options. One plan would increase the number of days school nurses work and expand their duties to include more mental health services. Another would distribute money to schools, based on how many students live in poverty, and let them invest it individually.

The committee is also considering launching a centrally-managed program to deploy nursing and mental health staff across the district. That could align with A+ Colorado’s suggestions, said board of education treasurer Angela Cobián during a budget advisory committee meeting Monday.

Our Turn member Amelia Federico advocated for creating a new position as part of the pilot program. When she was a DPS student, her AP English teacher was assigned as her adviser for both academic and emotional support. That proved problematic, as the teacher was not qualified to handle Federico’s mental health struggles.

“The way we view mental health in DPS needs to change,” Federico testified during the Monday committee meeting. “We cannot continue to be matching high expectations with low support, which is what we would be doing if we used this money to invest in current positions.”